‘India must remain engaged on how global commons is managed’

The quad is currently a consultative body and has not acquired any operational profile, says Uday Bhaskar. 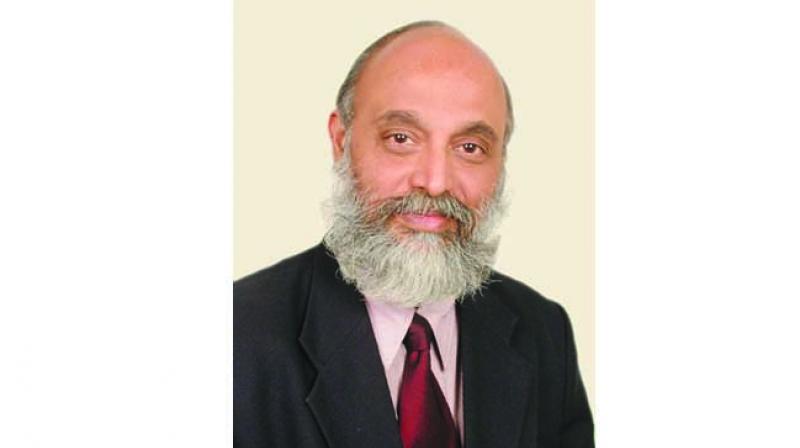 With the “Indo-Pacific” region becoming a critical hub, a new formation called the “Quadrilateral” is taking shape. In this interview, eminent defence analyst and director, Society for Policy Studies, C. Uday Bhaskar tells Sridhar Kumaraswami why the stakes are so high for all players in this region.

What is the genesis of the quad and what sparked the current Japanese proposal for a meeting of Quadrilateral nations comprising itself along with India, Australia and the US in the Indo-Pacific region?
The origin of the quad goes back to late December 2004 and the destructive tsunami that hit the Indian Ocean region. India was the first to respond when naval units reached Sri Lanka and Indonesia to provide relief and were later joined by the USA and other nations. Subsequently, US President George W. Bush mooted the idea of a four-nation coalition (USA, India, Japan and Australia) to coordinate the relief effort — and these four were to later become the “quad”.

This quad came into geo-political focus in mid-2007 when the bilateral India-US Malabar naval exercise was expanded to include Japan and Australia — but this remained nascent as Beijing issued a demarche. The current Japanese proposal for quad officials to meet on the sidelines of the Manila EAS Summit was made by Japanese Prime Minister Shinzo Abe during US President Donald Trump’s visit to Tokyo in early November.

China has said the Quad should not be directed against it. How do you think the Chinese will respond?
Beijing has already expressed its ire over the idea of a quad taking shape – again. China sees this as a form of “containment” by a democratic grouping. This is not valid but points to the deep anxiety in Beijing over a maritime partnership forming in the Indo-Pacific region. The common objective for the four nations is an emphasis on respecting international law and customary practice at sea — in short, maintaining good order at sea in a consensual manner and as derived from the UNCLOS. The US is not a signatory to the convention but adheres to its principles. China which is a signatory is being encouraged to do the same — to respect the spirit of equitable consensus — and the test case is the South China Sea dispute.

Should India head right into the Quad or should there be some reserve to avoid becoming a mere tool of US policy in the region?
The quad is currently a consultative body and has not acquired any operational profile. India to my mind ought to remain engaged with the debate over how the maritime domain — the global commons as it is called — is managed. The safety of the sea lines of communication in the Indo-Pacific is a shared responsibility and India is the principal stakeholder in the Indian Ocean region. Other major powers have a similar stake and by partnering with the US and like-minded nations, the collective security effort is prioritised. India is very unlikely to become a “mere tool” of US policy in the region. How the quad should evolve is an important issue and Delhi ought to be shaping this contour, keeping all regional considerations in mind.

Why is there such an emphasis by the US on semantics as seen in the preference for the term “Indo-Pacific” compared to the earlier “Asia-Pacific”?
Semantic choice is an important indicator in security discourse. Word shapes thought — in an ontological sense. The introduction of Asia-Pacific in the mid 1990’s was a semantic exclusion of  India. So we had an odd pairing — as it were — a continent and an ocean. Asia was envisioned as being restricted to the dynamic East Asian region. In the early 2000, I recall that at the IDSA we tried to introduce the Indo-Pacific concept and the relevance of the rise of China for India. At the political level, the then defence minister George Fernandes encouraged this formulation and we had a major international conference on this issue in early 2005. But the phrase was not really endorsed in the dominant strategic discourse of the period within the USA and it is only recently that the semantic shift has taken place. It ought to be welcomed — not because the word Indo denotes or foregrounds India; but because Indo-Pacific offers a more valid and seamless strategic construct that refers to a natural maritime continuum — the confluence of the two oceans that has a resonance and validity going back by a few thousand years! The Indian and Chinese civilizations have been nurtured by this confluence and related maritime connectivity since ancient times.

Officials of the four proposed Quad countries met in Manila and held discussions. How do you see the contours of the Quad developing and in what form?
A tentative, low visibility contour is developing at this stage. Recall that there was no substantive joint statement or reference to the quad at Manila. The four nations will have to work on their domestic dependency factor in relation to China — trade/investment/security-strategic strands — and arrive at a determination about how much to “appease” Chinese assertiveness; and where and how to resist Beijing’s belligerence and duplicity. This is critical for India apropos issues like terrorism and WMD rectitude.

What is the role of ASEAN in all of this? Vietnam, perhaps the closest to India geo-strategically, has already indicated it does not want to join any multilateral bloc. Even the Philippines, under President Duterte, has improved its ties phenomenally with China.
ASEAN has a central role for India’s “act-east” policy and is the primary region where the bi-lateral with China is unspooling. Yes, many ASEAN states have made their bargain with Beijing and their ruling elite have benefited — in the short-term. But India ought to remain invested in the region and infuse greater resolve and urgency into being a beneficial partner for ASEAN — collectively and individually — in an equitable and transparent manner. The latter are not Chinese traits. Delhi must avoid the trap of the binary choice — meaning empathise with the ASEAN states (and South Asian neighbours) as they navigate their ties with both behemoths, and do not seek an either/or choice.

Do you share the view that the US, under the Trump Presidency, could be the weakest link in the Quad, especially since it is now looking more inward and focused on aspects like job-creation rather than containing China?
I do not think the US is the weakest link in the quad. It is the most powerful military nation globally and recall the US aircraft carriers operating in the western Pacific during the Manila deliberations. Yes, it is going through domestic despondency in relation to the mercurial Mr Trump and his less than elegant (coarse?) public conduct but that is a matter for the American people. However inward looking the US is — it goes through these phases — I cannot accept the suggestion that the Beltway will abdicate the Indo-Pacific to Beijing. Sitting atop the global baboon pack is addictive and the US is hooked!