‘Kumar and his team were handed over a shoddy investigation’

The high court’s verdict does not say that the Talwars didn’t do it but that there’s not enough evidence against them, says AP Singh. 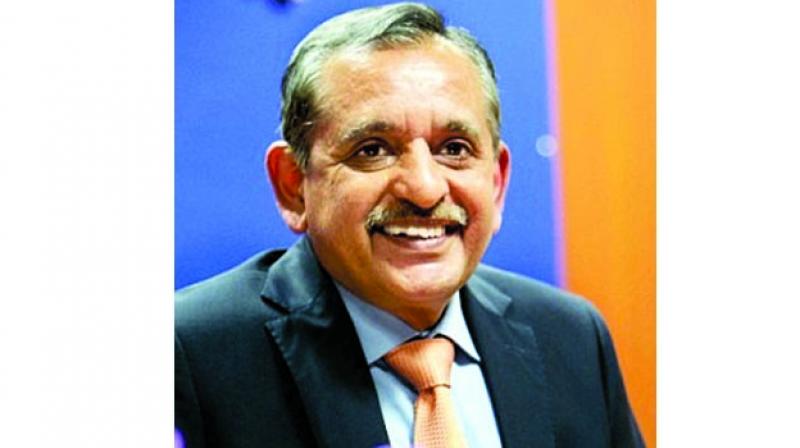 The Central Bureau of Investigation’s probe into the sensational Aarushi Talwar-Hemraj murder case has come under intense criticism after the Allahabad high court freed dentist couple Rajesh and Nupur Talwar, languishing in jail for the last four years, for killing their daughter and domestic help, giving them “benefit of the doubt”. A.P. SINGH, the man who headed the CBI during the double murder probe, admitted to PRAMOD KUMAR that many loopholes plagued the probe and the agency was unable to connect the missing dots. Excerpts:

How do you analyse the high court’s verdict that the CBI had been unable to prove the Talwars’ guilt?
The high court’s verdict does not say that the Talwars didn’t do it but that there’s not enough evidence against them. The court said the CBI was unable to prove the guilt. The court gave benefit of the doubt to the Talwars. There were loopholes in our investigation, that’s why we had closed the case saying it was inconclusive.

Can you please elaborate on the loopholes…
Soon after a crime is reported, securing the scene of occurrence is important to ensure that material evidence is not disturbed or destroyed. If a murder takes place in a house, it is mandatory and a common practice to first ascertain the possible entry and exit points used by the intruders. Had that been done in the Aarushi case, the body of Hemraj that lay on the terrace would have been discovered immediately.

Second, the evidence available on the spot can provide all necessary leads for a probe to head in the logical direction. But the Uttar Pradesh police, which was first to reach the spot, started the probe in a manner that resulted in crucial evidence disappearing from the scene of occurrence. Investigations were botched up the moment the Noida police failed to properly secure and thoroughly survey the crime scene. The vaginal swabs drawn from the victim’s body were also contaminated. The mobile phone of the victim remained missing for a long time. The murder weapon also could not be found.  The Noida police committed the blunder. They instead went after the initial suspect, Hemraj, as Aarushi’s parents reported him to be missing. Crucial time was lost and the scene of crime was left exposed. That was the reason when the case came to the CBI, investigators concentrated on circumstantial evidence as there was no direct evidence.

Then why was the CBI’s probe team, headed by Mr Kumar, changed without any specific reason?
I cannot comment on that because I was not heading the CBI at that point of time.

There were contradictions in the findings of the two teams of the same agency.
The investigation was almost complete when I took over and I had to take a decision whether to file a chargesheet or a closure report. I cannot make comments on the findings of the first team, as I was not heading the agency. As far as the second team is concerned, there was insufficient evidence to prosecute the dentist couple, therefore we decided to file the closure report.

Even after nine years of the marathon probe, investigators could not find the killers of Aarushi-Hemraj. The question still remains — Who murdered Aarushi and Hemraj?
No. It’s not like that. I would rather say that the CBI could not collect sufficient evidence to nail the accused. The Talwars’ maid, the guard and driver corroborate CBI’s “last scene theory” according to which there were four people living in the house and there was no sign of a fifth person’s entry. Four people were there, two died. When murders take place in a closed house and two are dead, then the onus shifts on those who are alive. The CBI counsel had told the trial court exactly this during the argument. The CBI had also claimed that Aarushi and Hemraj’s injuries were identical. The golf club recovered from Talwars’ house matched the injury. Initially, the Talwars refused to identify Hemraj’s body and gave false information regarding the crime scene. But again we did not have evidence to prove it further.

But the high court has questioned the CBI’s theory of “no outsider entry”. Now the theory of another killer, who could be an outsider, cannot be ruled out. Your comments.
I cannot comment on the observation made by the high court. The CBI’s investigation clearly revealed that there were four people living in the house and there was no sign of a fifth person’s entry at the time of the murders. It was through the application of the “last seen theory”, Section 106 of the Indian Evidence Act, that the CBI nailed the dentist couple as accused in the double murder case. The “last seen theory” comes into play when the time gap between the point when the accused and the deceased were last seen alive and the deceased is found dead is so small that the possibility of any person other than the accused being the author of the crime becomes impossible. In this case, CBI investigators were bound to apply this theory.

Is it not a blot on the functioning of the CBI, country’s premier investigating agency, that it failed to solve the case?
Again, I am saying that we did not have sufficient evidence against the accused. Our investigation was based on circumstantial evidence only. That was the reason we filed the closure report.