For political gains, the Trinamul Congress had been indulging in the politics of appeasement, says Sidharth Nath Singh. 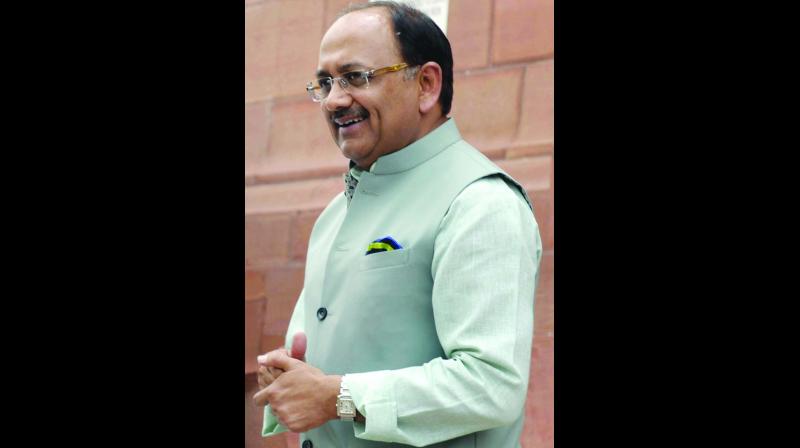 One of the young turks of the BJP, Uttar Pradesh health minister Sidharth Nath Singh was also one of the first BJP leaders who set out to make dents in Mamata Banerjee’s impregnable citadel of West Bengal. He speaks with SANJAY BASAK about the politics of West Bengal and the BJP’s Hindutva plank.

Why do you think the Mahagathbandhan failed to click in Uttar Pradesh?
It was bound to fail. The entire alliance was based on arithmetic. There was no chemistry. It was also an alliance of opportunism. Two parties with no chemistry came together to stir up the caste cauldron and make electoral gains. The people of Uttar Pradesh saw through the game plan and rejected this opportunistic coalition. The rest is, of course, history.

How do you see the future of the Congress in the state?
It’s always premature to write an obituary for an active politician or a political party. The road is long. But at this juncture, the future looks grim and considerably dark. There’s a lack of leadership in the Congress in UP. The party does not merely lack a face but also an agenda. It’s like a rudderless ship drifting aimlessly. Rahul Gandhi fled all the way to the south from his home turf of Amethi. This constituency — Amethi — has been virtually screaming for development. As for Priyanka Gandhi, despite the hullabaloo, she has to prove herself. No point trying to stay in the news through the social media or by travelling abroad.

There have been reports of rising violence against women in the state. Your chief minister held a meeting to review the situation. Can you comment?
Meetings and reviews are a part of good governance.

You’ve been in charge of West Bengal once. Isn’t the BJP indulging in the politics of polarisation in the state?
I would rather describe this as reverse polarisation. For political gains, the Trinamul Congress (TMC) had been indulging in the politics of appeasement. What is happening in West Bengal is a reaction against this policy of appeasement. What you all witnessed in West Bengal during the Lok Sabha polls was a vote for Prime Minister Narendra Modi and against appeasement. And as the Prime Minister has time and again said — we believe in Sabka Saath, Sabka Vikas.

Mamata Banerjee has accused the BJP of targeting Bengalis and minorities and of trying to replicate the Gujarat model.
She really needs to introspect before blaming anyone for her gradual downfall — particularly the BJP. Let’s face it — the TMC has become a mirror image of the Communists. She came to power on the plank of “Parivartan” (change), but where’s the change? She has replaced red violence with the TMC’s brand of terror. Till the BJP moved in, the people of the state had no alternative. But now, the BJP led by Mr Modi and Amit Shah have ushered in hope for the people of West Bengal. People of the state are now rushing towards this new horizon.

What do you have to say about Ms Banerjee insisting on those living in Bengal needing to speak/learn Bengali?
Bengali is a great language. It’s a beautiful language. People should learn it. There’s no harm in learning Bengali. But at the same time, Ms Mamata Banerjee should realise that West Bengal is a part of India. Sub-nationalism could be a dangerous trend. Moreover, her views are completely unconstitutional.

Are you trying to curb democratic activities by issuing an ordinance banning so called “anti-national activities” in universities?
We’ve passed an Act (the Private Universities Act) that never existed in private universities in UP. The existing 27 universities had different Acts and those coming in the future would have more of such different Acts. There were no common rules and regulations. International affiliation could never have happened. The quality of teachers and students was getting affected. No one talks of anti-national clauses when it comes to JNU and Jadavpur University. Laws are evolving with time and circumstances — sometimes to facilitate and sometimes to act as a deterrent.