The Supreme Court’s judgment was just a catalyst that fired up the anger and frustration that had been accumulating for decades. 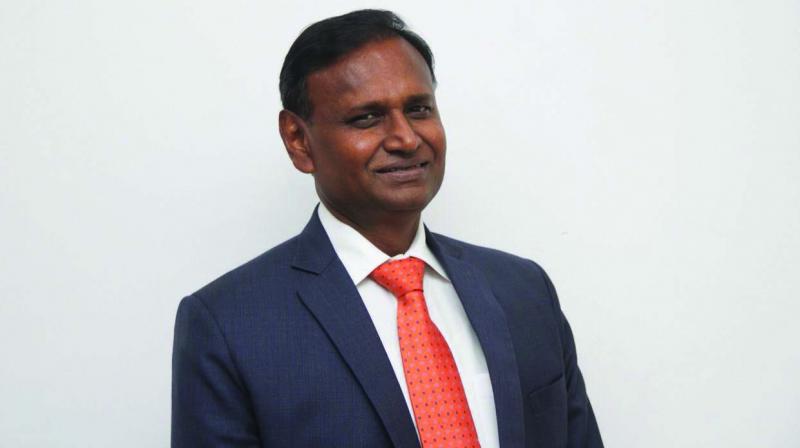 There is a growing unrest among the dalit community and the April 2 “Bharat Bandh” called by dalit groups was just an outcome of the ‘frustration and anger’ that had been simmering for decades.

In an interview to Yojna Gusai, BJP’s dalit face and Northwest Delhi MP Udit Raj says dalits’ aspirations and expectations have changed, and simply eating at a dalit house will not make them feel included.

The country recently witnessed a nationwide massive protest by the dalit community, which was seen as an outcome of the growing unrest among the community. Was it just because of the Supreme Court’s recent judgment on the Scheduled Castes and Tribes (Prevention of Atrocities) Act?
It was not a sudden reaction to any one issue, but had been accumulating for many years. The April 2 “Bharat Bandh” was a turning point in the country’s history. For decades, dalits have been feeling neglected, their demands were being ignored, aspirations and expectations remain unfulfilled, participation in government jobs and education had been decreasing for years now. We have students who cannot get in good educational or professional institutions because these institutions are privatised. We have educated youths, who cannot find jobs in the private sector, because this sector is selective, employers here pick and choose and can fire anytime. Government jobs are still considered safe. Even in the public sector, contract system is being introduced.

The Supreme Court’s judgment was just a catalyst that fired up the anger and frustration that had been accumulating for decades. Here was a judgment, which brought in a third person who was responsible for deciding whether or not a person has really committed a crime against the community member. What about the accountability of this third person? What if this third person could be influenced by perpetrators of crime against dalits or could be bribed? Will s/he sanction arrest of the perpetrator/s? Dalits have suffered a lot and this order was seen as a dilution of the act, which gives them protection so they reacted very strongly against it.

The SC’s order on the Scheduled Castes and Tribes (Prevention of Atrocities) Act was catalyst for the dalit agitation?
The agitation was just a venting out of the simmering anger among the community over so many issues. The apex court had earlier upheld an order by another court, which had asked universities to prepare a department-wise roster of teachers’ vacancies for SC and ST candidates instead of an institution wise roster. Again the number of reserved seats in universities came down drastically. These are all precipitating factors. Cases of dalit atrocities, including the Una incident (in Gujarat), dalit grooms not being allowed to ride a horse or dalits being asked to give notices in advance before marriage (in Ujjain, MP) have been on the rise. What is all this? Is this the freedom given to us by the Constitution that we talk about? Moreover, such incidents are setting a bad example before the world community. Are dalits not Hindus? What are we telling the world that Hindus perpetrate more crime on their fellow Hindu citizens?

But most of these incidents took place in BJP-ruled states. The BJP has been facing flak over dalit atrocities.
I will not blame any government here but would like to cite an example of the Punjab government, which took caution for the April 2 “Bharat Bandh” and closed government offices. I don’t know why such precautionary measures were not taken by other state governments. Perhaps they failed to gauge the undercurrent of the simmering anger. But what was worst is that dalits were confronted by other group of civil societies over the bandh. The so-called dominant caste colluded with the agitators. What happened after that, those dalits arrested are still facing action but those who protested during the Patel agitation (in Gujarat), against the release of Padmaavat and during the Jat agitation in Haryana, governments decided to withdraw cases against them.

Your party failed to foresee the impact of the dalit agitation?
This question should be asked to our party leaders as I am speaking not as a BJP leader but as a dalit activist. This is not just a political issue for me. Such political questions should be put before those (BJP leaders) who can answer them.

But have you ever taken dalit-related issues before your party leadership?
I have taken such issues many times, it is for the party leadership to take note and take a call accordingly.

Some BJP leaders have been in controversy over eating in dalit homes as part of the government’s outreach programme “Gram Swaraj Yojana”…
I totally support this outreach programme. But each ailment requires a particular treatment. When the issue is about aspiration for jobs, education, participation in governance, fight for dignity and rights, then will simply eating at a dalit’s home be enough? When there is a huge gap between dalits and non-dalits, do you think eating with dalits will solve everything? There are many steps under the programme for the community, but simply eating with dalits cannot woo them.