‘The current GDP data doesn’t say much about economic reversal’

Pronab Sen speaks to Pawan Bali on the GDP data for the second quarter released on Thursday. 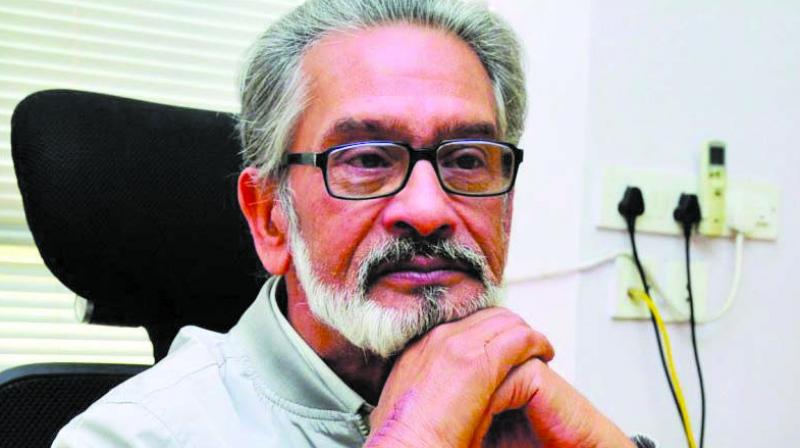 Economist Dr Pronab Sen was the first chief statistician of India and was principal adviser in the erstwhile Planning Commission. Dr Sen is a Ph.D in economics from Johns Hopkins University, specialising in open-economy macroeconomic systems, international economics and public finance. He speaks to Pawan Bali on the GDP data for the second quarter released on Thursday, which showed that GDP is finally picking up after falling for five straight quarters.

India’s GDP grew in the second quarter (July to September period) of 2017-18 by 6.3 per cent after falling to three years low of 5.7 per cent in the previous quarter (April to June 2017-18 period). Has Indian economic finally started recovering?
From the current GDP data you cannot make out if Indian economy has started recovering. This is because this data is capturing discontinuity and recovery requires some sense of continuity. So this GDP data has come after GST implementation, so you had a pre-GST effect which was de-stocking and then you had the post GST effect. So hopefully all these will settle down in the third quarter. So you will have to look at the third quarter GDP data before you can make any statement whether the recovery has started or not.

But can we at least say that now there is a pause in the GDP slowdown and we will not see a downfall from here on?
No, the thing is that you can only make a projection when you have a sense of normality. Otherwise people can make only a very short-term prediction like next month but you can’t say anything for the long-term. If you look at this data, basically everybody is getting very excited that investment is going up by 4.6 per cent but if you look at investments as percentage of the GDP it has actually gone even further down. Now if you are looking at signs of green shoots then the absolute increase in investments is that what you will be looking at, but if you are looking at a trend you will look what is happening to investments as percentage of the GDP. So these are giving you contradictory signals. Hence I will not use it to say one way or the other.

So how much time it will take for GST impact to settle down as GST Council is changing rules and rates in nearly every meeting?
It will take time. First of all, the rules have to eventually come to a place where no change is happening and then it will take a quarter after that (for the GST impact on economy to settle down). This is because till then you will not know what are you picking up: are you picking up the affect of change in GST or you are picking up affect of economy doing something.

Some rating agencies are saying that 7 per cent growth in the manufacturing sector in the second quarter, which pulled up the overall GDP growth, is mainly on the back of restocking by the companies after the GST implementation?
We don’t know but restocking certainly has a major role to play in it. But as I said earlier, you can’t make out because the restocking is also getting diluted by the fact that GST started operating and it has played for a bit. The actual restocking effect may be larger than what the data is suggesting.

The agriculture sector on which a large population, especially in the rural areas are dependent for their livelihood, saw a slower growth of 1.7 per cent in the second quarter against 2.3 per cent in the first quarter.
It is not surprising. Last year was an excellent kharif crop and on that base 1.7 per cent growth is fine.

What will be the impact on rural income and rural stress?
That depends on what happens to the pricing. These things don’t capture the price affect. What you are measuring is the volume; how much agriculture production has taken place. But to go from there to income ..... if the pricing crashes then farm income may not go up.

Exports are still weak...
Exports are weak and they will remain weak until the GST mess is sorted out.

Many exporters are saying that while global trade may pick up this year, Indian exports will remain weak.
They are right. Global trade is recovering but whether we will be able to take advantage of that immediately is the question.

When do you see India getting back to 8-9 per cent GDP growth rate?
It is not going to happen until the investment cycle reverses. It hasn’t started reversing yet.

Does India need a fiscal stimulus to push growth?
My view is that the demonetisation effect is still playing out in which case you do need stimulus. But you need stimulus of a particular variety; a stimulus which creates income at the lower level, not the one meant for the corporate sector. It is a stimulus which will help the informal sector. The nature of the stimulus is very important.

The government has recently announced a whopping ` 2 lakh crore capital infusion in state-owned banks?
This is an enabling provision. We had a situation where banks were not in a position to lend because their capital adequacy norms were being violated. So you have relaxed that constraint. This doesn’t mean that bank lending will go up hugely because there is a demand side to it. At the end of the day people must want loans. So re-capitalisation has tackled the supply of credit but we don’t know how the demand for credit will behave.

Recently, global rating agency Moody’s upgraded India’s rating. Will it have an impact on investment?
Frankly, it doesn’t matter. I will not particularly care one way or the other. It matters only for portfolio investors and in any case we are getting more than what we can handle so I am not worried about that. The other way it affects is by the borrowing cost of the Indian Inc in the global capital markets; there is not any appetite for that anyway. Everyone was very excited about the upgrade in the rating, but I think we were over-reacting.