Trade is an important issue with President Trump and his administration has obviously tried to open up the Indian market to US goods. 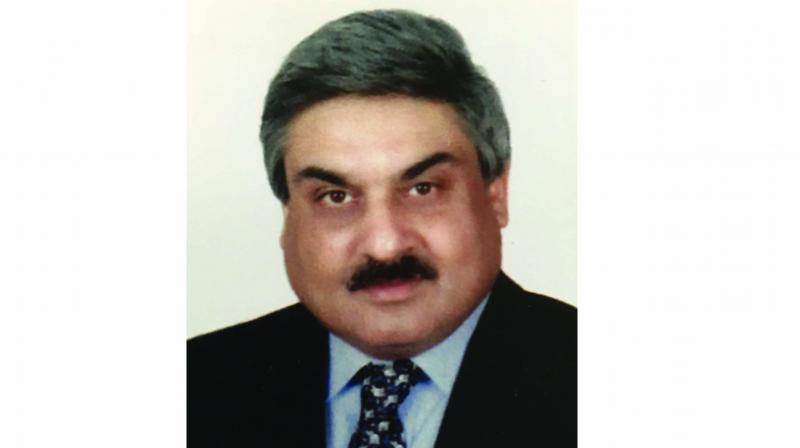 As the United States led by its mercurial President Donald Trump engages with Prime Minister Narendra Modi’s government in its second tenure, there is both convergence and divergence between the two nations on a range of issues. India’s former secretary (east) in the ministry of external affairs and currently Distinguished Fellow in the Vivekananda International Foundation, Anil Wadhwa, tells Sridhar Kumaraswami about its implications.

US commerce secretary Wilbus Ross launched a tirade on a recent visit to New Delhi against alleged high tariffs imposed by India on US goods and this was followed by Secretary of State Michael Pompeo pushing for greater market access in India. Does this one issue have the potential to derail Indo-US ties, given President Donald Trump’s obsession with the trade deficit?

Trade is an important issue with President Trump and his administration has obviously tried to open up the Indian market to US goods. The current United States administration is also keen to sign free trade agreements with countries with whom it has a trade deficit in order to open up the market and create a trade balance in its favour. Despite Indian efforts to reduce the trade deficit with the US over the past couple of years, the US administration had imposed tariffs on selected Indian goods. Indian authorities had deferred imposing reciprocal tariffs but when the US withdrew GSP benefits for India, limited tariffs were imposed by India on a reciprocal value of goods after a whole year of postponing this action in the hope of reaching an agreement. At the recent meeting between President Trump and PM Narendra Modi on the sidelines of G-20, an understanding has been reached to task officials from both sides to negotiate a mutually acceptable arrangement. Mr  Pompeo, while in India last week, also conveyed that this issue should be solved through dialogue between relevant officials from both sides. It now seems apparent that this will be the course of action to be adopted in the future. It is hoped that a solution will be found as soon as possible. Trade is an important issue but it should not derail the entire relationship that has, in recent years, become all-encompassing, and ranges across defence, space, nuclear cooperation, terrorism cooperation, energy, scientific research, innovation, and people-to-people contacts.

Though the Indian government hasn’t officially announced it, it is common knowledge that India is indeed stopping the import of Iranian oil and this was openly declared by Mr Pompeo himself in New Delhi. Has India capitulated under US pressure and how will this impact Indo-Iranian ties and our strategic interests in Chabahar?

India has had to stop importing oil from Iran. Since import of oil takes place through private oil companies or public sector enterprises, and they all depend on banks for the payments and finances, none of the traditional banks or financial institutions are willing to take the risk of sanctions being imposed on them. This has automatically brought down the imports of oil from Iran to a negligible level. Besides, the United States itself has stepped in, along with Saudi Arabia and UAE, which has filled the void very quickly. The special purpose vehicle set up for development of Chabahar has also faced obstacles of funding due to the threat of US sanctions, and despite the fact that the initial period of US sanctions saw Chabahar project being exempted for a few months, the current escalation in tensions between the US and Iran has thrown up a different political situation. Naturally, Indian strategic interests in Chabahar are affected.

There seems to be a divergence of views between both countries on the source of terror. The US says Iran is the largest state sponsor of terrorism while for India, that dubious distinction goes to Pakistan. At the same time, the US had backed India in the wake of the Pulwama and Balakote episodes. How would you evaluate this?

For India, terror emanating from across the border is real and palpable — and cross border terrorism has been used by Pakistan as an instrument of state policy for a long time.  The US, on the other hand, believes that Iran has supported terrorist elements in the region and has been funding and supporting terrorist groups in Syria, Iraq and Yemen which has destabilised the situation across countries. In this sense there is a difference in perception on the source of the most acute terrorist threat but no fundamental difference in the thought process among policy makers in both India and the US that terrorism is a menace which needs to be tackled. This is also the reason why the US has backed the Indian perception of Pakistan as a terrorist state following the Pulwama episode and in the past. Both countries cooperate across the board and at the United Nations to combat terrorism and share information on terrorists.

India has made it clear it will be guided by its national interests and has indicated it will go ahead with the S-400 missile deal with Russia. While New Delhi may get away with this one, will it be exposed to US sanctions on subsequent defence deals with Russia? Are our national interests under threat?

India has bought close to $17 billion worth of defence equipment from the US over the past few years — imports of defence equipment from the United States has increased at a fast pace. India, however, has been a traditional buyer of military equipment from Russia, and still roughly 60 per cent of Indian defence imports are from that country. India believes it should have the right to decide what is in Indian interest and act accordingly. This had been conveyed to the United States. The US is now putting pressure on India to buy equivalent equipment from itself and to abandon the purchase for S-400 defence system from Russia, citing compatibility issues. This is also the case with Turkey, which is buying the same equipment. Given the fact that the amount of military sales to India is large in quantity and the fact that more purchases are in the pipeline, it would seem improbable for the United States to prevail upon India to abandon this purchase from Russia and impose sanctions under the CAATSA (Countering America’s Adversaries Through Sanctions Act). It is also a given that for the foreseeable future, India would depend on diverse sources for its security and will, in particular, continue to cooperate with Russia for spares for the equipment already in the Indian inventory as well as for other essential purchases.

Secretary Pompeo openly said China was seeking dominance in the South China Sea and also accused Beijing of shackling countries with the Belt and Road Initiative (BRI) connectivity project. With the second Sino-Indian informal summit later this year, India was more circumspect, saying the Indo-US cooperation in the Indo-Pacific region was not aimed at any country. Is India caught in a bind?

The Indian view on the Indo-Pacific is based on a cooperative and inclusive approach, while at the same time focussed on the principles of UNCLOS (United Nations Convention for the Law of the Sea). India has already expressed its views on the developments in the South China Sea, and is on the same page with the US on this issue. The US approach has a military dimension not supported by ASEAN (Association of Southeast Asian Nations) and other countries in the region all of whom by and large want this issue to be resolved diplomatically. India’s approach is closer to the ASEAN approach. India also supports the centrality of ASEAN in the Indo Pacific. India’s approach to the BRI is identical to the US. India also believes that connectivity projects should not lead to indebtedness of the host countries. The host countries undertaking these projects are aware of the consequences of undertaking these projects. India has also not endorsed the Belt and Road Initiative since the China-Pakistan Economic Corridor (CPEC), which passes through Pak-occupied Kashmir violates Indian sovereignty.

The US is talking to the Taliban and obviously needs Pakistan to nudge the terror group towards a settlement in Afghanistan. India has solidly backed the Afghan government so far but there’s a feeling Pakistan holds the aces. Would you agree?