‘Data confirms economic cost of DeMo was higher than benefits...’

There will also be some offsetting increase in revenues, given the effect on oil prices on inflation, says Arvind Virmani. 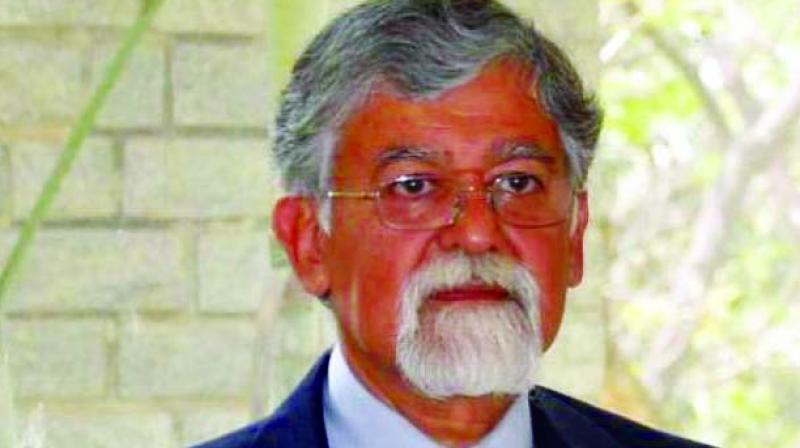 Arvind Virmani, India’s former chief economist, speaks with Pawan Bali about the RBI’s recent report on demonetisa-tion and the current macro-economic challenges the country faces due to fall in the value of rupee and high oil prices.

This week the RBI released a report saying that 99.3 per cent of the banned currency notes have come back. This has led to an intense political debate in the country. After nearly two years, how do you see the whole demonetisation exercise? Do the benefits of demonetisation outweigh its negative affects?
As I had said from day one, the economic costs of demonetisation will be higher than the economic benefits. The data that has come out so far confirms that analytical prediction. The intangible benefits from change in attitudes to corruption and black money are not possible for an economist to measure.

Opposition leaders predicted a GDP growth reduction of two-three per cent. What do you think?
I had forecast a GDP growth reduction of about 0.5 per cent for the full year, with an absolute upper limit of one per cent of GDP. I have formally estimated the loss in a working paper as 1.2 per cent points in the two quarters following demonetisation, i.e. a total loss of 0.6 per cent of full year GDP. This is very close to my original estimate.

Were there any benefits of demonetisation?
In my initial analysis I had identified three potential benefits of demonetisation. One, the immobilisation of black money held as cash. Two, the increased income-tax compliance, and reduction in tax evasion and bureaucratic corruption. Three, the reduction in black money in real estate. I had written that we would have to wait for data to quantitatively evaluate each of these.

What is your evaluation given the RBI’s annual report and the data put out by the Central Board of Direct Taxes (CBDT)/department of revenue?
The RBI report shows that 0.7 per cent of demonetised notes did not return to the RBI. This compares with a number of 1.8 per cent during the demonetisation of 1978. If this is taken as a measure of immobilisation of the black money held in cash, the performance was 69 per cent less than last time. In my judgment this is due to the increase in corruption in the public sector banks over 40 years and its demonstration effect on private sector banks. In the absence of reliable data on corruption, it provides an estimate of the deterioration in public sector banks, i.e. corruption was 60 per cent higher in 2016 than it was 40 years earlier. Some of the declared cash is also being scrutinised, but how much of this will be proved to be black is not yet known.

Has there been any effect on black money in the real estate sector?
There was an expectation that one of the collateral benefits of demonetisation was the reduction of black money in the real estate sector. The only data we have to indicate some reduction is the 30 per cent reduction in prices in Mumbai and Delhi markets post-demonetisation. There were also some indications that the traditional black-white ratio in transactions has gone down. It’s not clear, however, how long lasting this effect was. There has, however, been a general effect on speeding up digitisation of the economy.

The Indian rupee has fallen to a new low after crisis in Turkish lira. What is the reason for weakening of the rupee when the Indian economy is much stronger than that of Turkey?
The most important driver has been the appreciation of the US dollar against the index. There is also some apprehension about the effect of planned US rate rises on emerging market economies dependent on capital inflows to finance deficits. Given our high dependence on oil imports, the impending imposition of Iran sanctions and its effect on trade deficit is also of some concern. As these are one-off factors, the rupee is likely to stabilise after some adjustment.

What is the reason for FPI outflow? Is the Indian market not as attractive?
Historically, short-term movements in the exchange rate of rupee are linked to fluctuations in capital inflows. Besides the global factors mentioned above, fluctuations are also driven by expectations of political developments and politically-driven fiscal excess. It’s therefore very important for the government to maintain its responsible fiscal stance during this period before the elections.

The fall in rupee is expected to increase exports and also imports. So what will be the net impact of fall in the rupee on the economy?
The sharp appreciation of the real effective exchange rate (REER) of the rupee during 2017 was one of the factors, along with GST refund problem, for the slowing of export growth. The depreciation of the REER during 2018 has corrected much of the problem. It will therefore be a positive factor for export and will help contain the current account deficit.

Moody’s said that due to increase in oil prices there is a risk that India might not meet its fiscal deficit target for the current fiscal. Your comments.
Besides the global factors mentioned above, fluctuations are also driven by expectations of political developments and politically-driven fiscal excess. It’s therefore very important for the government to maintain its responsible fiscal stance during this period before the elections.

The current account deficit is also expected to widen this fiscal. Should it worry policymakers?
Any rise of the current account deficit above 2.5 per cent of the GDP always requires careful monitoring. However, to the extent it’s driven by oil price rises, it is usually followed by increased demand for imports from oil exporting countries and higher remittances from our citizens employed there. This is a lagged effect, which should help moderate the rise.

Do you expect the government to curtail its expenditure due to GST revenue being less than expected, increase in oil subsidy (LPG and kerosene) and MSP? What will be its impact?
With the decontrol of petrol and diesel prices, the direct effect of oil price rise on government deficit is limited. The rise in kerosene subsidies is manageable. There will also be some offsetting increase in revenues, given the effect on oil prices on inflation. Government expenditures are manageable as long as no major new schemes are introduced.

Do you see the rise in inflation due to high fuel prices and MSP, and as a result the RBI hiking interest rates?
Inflation has, in fact, moderated due to easing of food prices, though higher MSP may keep these prices from falling further. Average CPI inflation is likely to be between 4.5 per cent and five per cent during 2018-19. Good monetary policy is designed to moderate inflation, not to raise it. So I would be surprised if the RBI raises real rates precipitously.

Is there any risk of the government taking populist measures before the 2019 Lok Sabha elections?
There is always such a risk before elections. But this government has already laid out its programmes, among which the health insurance programme is the most ambitious. I am hopeful that it will be phased in carefully without raising the fiscal deficit sharply before the election.

What impact do you see of the ongoing trade threats being made by the US on India?
The sanctions associated with Countering America’s Adversaries through Sanctions Act (CAATSA) and Iran sanctions are part of the external risk factors for India. The effects of the latter are already in the market, but uncertainty about the former remains.

How do you see the Indian economy in 2018-19?
The Indian economy is now firmly back on its medium-term growth path. This expectation is based on the clear recovery of fixed investment during last four quarters, the restoration of private consumption to its trend, and the renewed hope on export front. The GDP growth in 2018-19 is likely to be 7.5 per cent plus/minus 0.25 per cent.