The JD(U) is part of the NDA government and anything being said otherwise is baseless, says Neeraj Kumar. 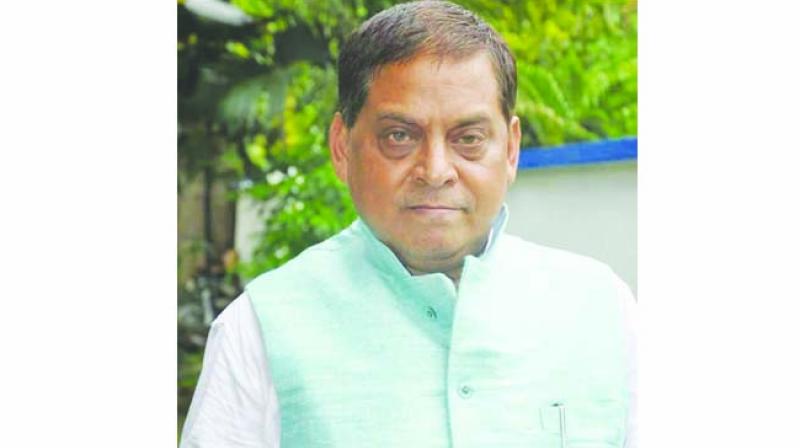 Why is there so much of restlessness within the NDA?
There is no restlessness or discomfort within the NDA. The JD(U) is part of the NDA government and anything being said otherwise is baseless. I would like to reiterate that the USP of chief minister Nitish Kumar is good governance and you can see that everywhere in the state.

But in the last one month several of your party leaders have given statements against BJP leadership?
None of the JD(U) leaders have so far given any statement against the BJP leadership. As I said, we are part of the NDA and the government in Bihar is running smoothly under the leadership of Nitish Kumar. He (Nitish Kumar) has always stood by his vision for the state and consistently implemented policies for the welfare of all communities since 2005, when he first became the chief minister of the state.

Questions were raised because your party tried to corner the BJP by demanding to declare Nitish Kumar as NDA’s face, early seat sharing and special status category for Bihar.
The special status has been part of our core agenda and we will continue to raise that because Bihar’s development depends on it. As far as seat sharing is concerned, it has already been decided that prominent NDA leaders will sit together to resolve the issue. Things will be sorted out soon and we are confident that NDA will return in 2019.

What caused uneasiness within the NDA were the demands to declare Nitish Kumar as the face of NDA for 2019 general elections. The BJP is not happy with the way some of your leaders raised the issue.
Nitish Kumar is the chief minister of Bihar and his work cannot be ignored. His motto has been “Nyay ke saath vikas” (development with justice) and he has proven himself by working tirelessly for the people of Bihar. When it comes to seeking votes in Bihar, the performance of Nitish Kumar will play a decisive role in the electoral success of the coalition. The one who performs should get the credit.

Will you be satisfied with lesser seats, as there are others who have been demanding seats on the 2014 formula? Your party was not part of the NDA in 2014.
Our party has decided to wait till NDA allies meet over the issue. But the fact is that the JD(U)’s performances in Assembly elections were better than other political parties.

The Rashtriya Lok Samta Party has already clarified its stand on the issue. They want Upendra Kushwaha to be declared the face of NDA in Bihar.
The prime focus for us right now is the Lok Sabha elections and Nitish Kumar is the leader of the alliance in Bihar. Mr Kushwaha and Nitish Kumar have been speaking with each other and we don’t think issues like this will disturb the NDA in Bihar.

Do you think Mr Kushwaha is looking for an opportunity to leave the NDA and join hands with the Rashtriya Janata Dal in Bihar?
Mr Kushwaha’s ideology is different and I don’t think he will join hands with a party like the RJD for political gains. The NDA in Bihar is intact and the perception that it is not is being created by Opposition parties.

Nitish Kumar’s telephonic conversation with RJD chief Lalu Prasad Yadav also created a flutter and gave rise to speculations regarding a possible realignment.
It was just a courtesy call and Tejashwi Yadav’s statement on the issue was childish and immature. Nitish Kumar called him up to enquire about his health because he has been ill for quite some time and had recently undergone a surgery.

Do you think that Lalu Yadav’s Muslim-Yadav factor will help the RJD in the 2019 general elections?
We firmly believe that we will sweep the 2019 general elections because we have Nitish Kumar with us. The voting pattern has now changed and those who have been predicting the return of “Lalu waad” (Lalu’s regime) must remember that people voted for the NDA in Bihar because Nitish Kumar never compromised with corruption, crime and communalism.

We believe in development with justice and Nitish Kumar’s “seven resolves” programme is being appreciated everywhere. People have benefited from such initiatives, which were not there when the RJD ruled the state for 15 years.

Prohibition has changed the face of Bihar. People who used to spend money on liquor are now buying milk, honey and clothes for their family members. His cycle and uniform for girl students is also being appreciated in Bihar. The “seven resolves” programme is also a unique initiative to provide amenities such as clean drinking water, electricity for all, a toilet in every home, employment generation schemes, student credit card and better access to education and empowerment of women.