These athletes have had a more modern training system to hone their skills and a generous reward system to recognise their efforts. 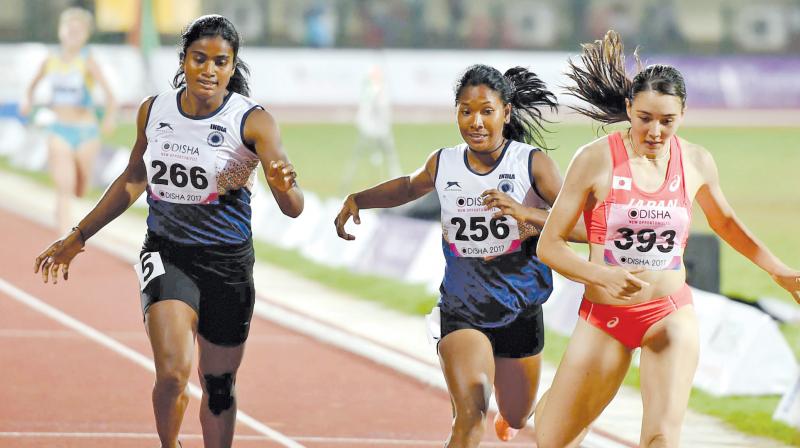 Swapna Barman (centre) en route to her gold in the women’s heptathlon event in the Asian Athletics Championships at the Kalinga Stadium in Bhubaneswar. (Photo: PTI )

Jinson Johnson’s electric run in the metric mile served to highlight the air of domination with which Indians won their seven golds in track and field events in the Jakarta Asian Games. This isn’t India’s best Asiad performance, but perhaps its most satisfying. Some performances like those in javelin, 800m and 1,500m runs and the heptathlon showed how much athletes have progressed on temperament and the ability to make the will to win count in gruelling individual events. In their disciplines, athletes have only their own technique, skills and speed in their quest to beat the best. The next big step is the Olympics in 2020: and it seems there is hope a few Jakarta winners will feature among medal-winners in Japan.

The story of Swapna Barman, from a most humble background, overcoming a bad toothache to win the multi-discipline heptathlon was a saga in courage that will go down in history. So is Manjit Singh’s sparkling home stretch kick for the 800m gold, which was denied to Johnson, who didn’t time his challenge well and was placed second. Johnson’s 1,500m time, which bettered the last Olympic gold medal winner, is the icing on the cake as it demonstrates the immense possibilities of a medal in Tokyo. These athletes have had a more modern training system to hone their skills and a generous reward system to recognise their efforts. It’s time to put away thoughts of all their sacrifices while savouring victory and gather themselves for greater efforts in the Olympics. In many ways, Jakarta was a breakthrough event for our athletes.