It’s no excuse to say that even the world’s better planned and zoned cities are hit by extreme rainfall events. 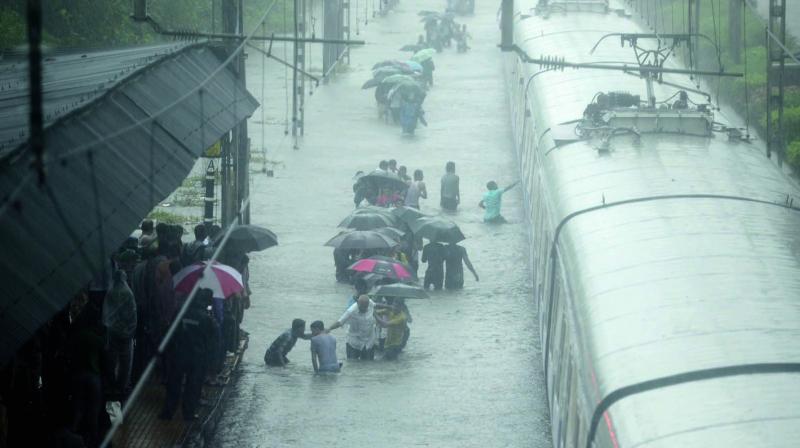 Extreme weather events with very heavy rainfall have brought two major cities to their knees. While Mumbai is floating in misery, Houston in Texas, America’s fourth largest city, has become a labyrinth in water thanks to its inhibited drainage and overflowing reservoirs. Climate change presages extreme events like this but the fact remains that growing cities face threats like never before thanks to lax building and zoning regulations. They are thus prisoners of mindless expansion. A cyclonic storm and a few days’ rain were enough to bring the Maximum City to a standstill, while Hurricane Harvey threatens to flood a huge swathe of land across to New Orleans in the US. Beyond Mumbai, flooding has already claimed over 500 lives in India this monsoon. It’s the curse of modern life that disaster preparedness is one of the indices to judge the safety of life.

Urban living is becoming a nightmare at times of climate disasters as we saw when Chennai got 50 cm rainfall in a 36-hour period two years back. It’s the frenzy of real estate in a city like land-starved Mumbai that drives it towards disaster as water channels and mangroves are taken over without a care for its environmental impact. The immediate problem, of course, was caused by the inefficiency of storm water drains, which are seasonally desilted and cleared of rubbish and plastic waste manually. At high tide, freshwater floods don’t drain into the sea, thus choking roads and railway tracks. The planning and the maintenance of drains, many of which are legacies of the Raj, are crucial to let the water flow out. These are the most neglected aspects of administration in corrupt behemoths like city civic bodies. The BMC, the country’s richest, is shamed by the damage its city has suffered in rain.

A spirit of collective generosity is to be seen in disaster-hit cities and Mumbai, in particular, has been known to be wonderfully resilient in recovering from crises, be it natural disasters or acts of terrorism. But the point is normal life is disrupted every year by seasonal rainfall,  indicating that these failures are largely man-made. The administration is seen to be incapable of handling the abnormal. Frequent disasters remind us that managing them are a necessary evil. It’s no excuse to say that even the world’s better planned and zoned cities are hit by extreme rainfall events. The fact is they recover sooner and the normal is a far better administered city than is the case in India, despite all the civic taxes that people pay. The price of bloated inefficiency of India is frightening and nowhere is it made more obvious than in the manner in which Mumbai’s citizens suffer in wading through waist-deep water to their soggy homes each monsoon.