There are millions of pieces of debris floating in space providing sci-fi screenwriters with scare scenarios for carry movie plots. 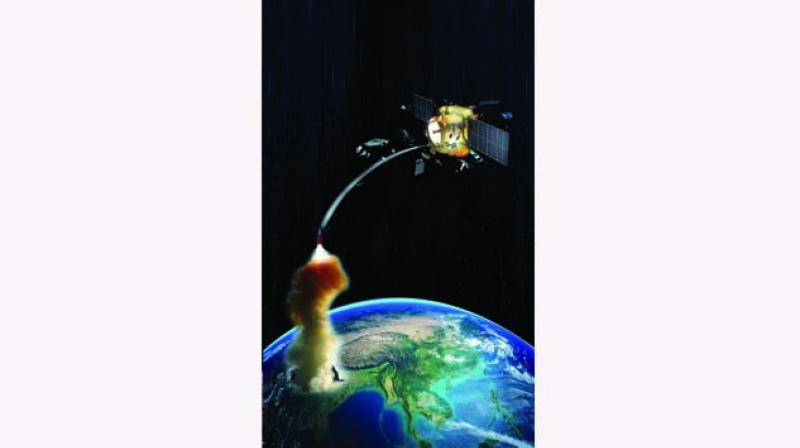 The odds of a collision with space debris are astronomical, and yet must be computed given the prohibitive cost of space failures.

The pride India feels in becoming a member of the so-called “Star Wars” club in its newfound capability of shooting down satellites in low orbit should now be tempered by the fact that the timing of this feat seems a little odd. Within six days of the DRDO launch of a missile from the A.P.J. Abdul Kalam Island off the Odisha coast to shoot down its 700-kg MicroSAT-R satellite, Isro will be launch with its reliable PSLV workhorse a new surveillance satellite, among others, to put 29 satellites in three different orbits. Isro will maintain extra vigil of debris floating in space before the Monday launch. The timing of the mission to kill in one stroke the low orbit satellite was questioned not only by Opposition leaders, who saw it juxtaposed with the election narrative, but also by top scientists who also expressed scepticism.

There are millions of pieces of debris floating in space providing sci-fi screenwriters with scare scenarios for carry movie plots. India may have put just under 300 pieces of debris. But every satellite launch also leads to debris like bolts and heat shields, that separate from their payload and move into perennial orbits. There is always risk of space launches running into debris, but that doesn't absolve India in its timing - of a missile launch just before a scheduled multi-satellite launch, a part of Isro's “business” around the year. The odds of a collision with space debris are astronomical, and yet must be computed given the prohibitive cost of space failures. There is no doubt of Isro's professionalism, but even so placing an additional burden in low-orbit debris was avoidable with better timing, even if all of India remains hugely proud of Mission Shakti!