Governors, literally, turn into agents of the Centre

This was a superficiality, for every citizen is supposed to abide by the Constitution, not just governors. 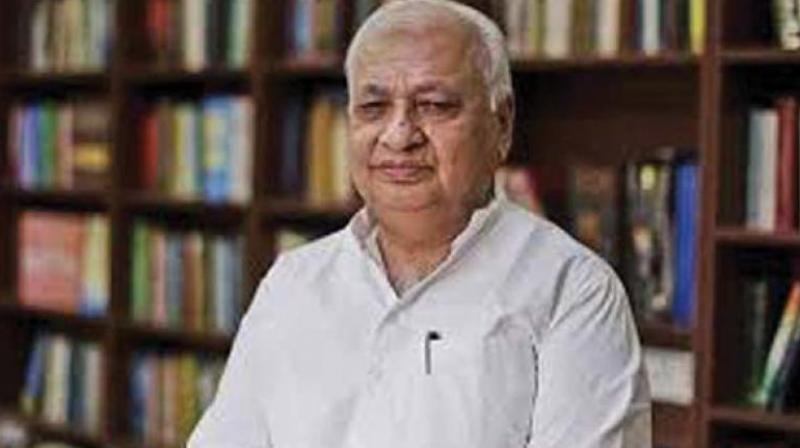 Governors now seem to find solace in going out of their way to prove that they are agents of the Centre. They push out of their remit to prove their loyalty. Is there fear of consequences if they didn’t? We can’t know. But it’s evident that examples of please-the-master are rising.

The most recent is the case of Kerala governor Arif Mohammed Khan who on Saturday while making a protocol address at the Indian History Congress, launched into a tirade against anti-CAA and anti-NRC protesters. He was booed by the history scholars, and his speech was disrupted.

Unlike many governors who these days are second-rung retired politicians, plain hangers-on, or superannuated bureaucrats or officers of the uniformed services, Mr Khan is known to be a reading and a thinking man. He could easily have reflected in his speech on an exciting or complex aspect of contemporary Indian history without being drawn into partisan politics, which as the state’s constitutional head, he ought not to do anyway. Alas, he displayed no restraint.

Worse, in self-defence, he observed with glibness that in criticising protesters who took recourse to violence he was discharging his responsibility to uphold the Constitution.

This was a superficiality, for every citizen is supposed to abide by the Constitution, not just governors. Mr Khan, regrettably, came across more as a self-serving politician trumpeting the views of the Centre and the ruling party over a contentious policy matter than an upholder of constitutional morality in Kerala.

The case of West Bengal governor Jagdip Dhankar has turned out to be one of daily humiliation heaped on the state’s highest constitutional functionary — the latest being his “rustication” by students of Jadavpur University, of which he is chancellor. This governor has refused to sign bills passed by the Assembly. He seems to have made it his mission to engage in a running battle with chief minister Mamata Banerjee and her government, wholly departing from the high standards of decorum and formal distance Raj Bhavans are supposed to maintain in their dealings with elected governments.

Who can forget the deplorable political brinkmanship and partisanship of former J&K governor Satya Pal Malik, who did little to hide that he was taking orders from New Delhi on a daily basis (and his instructions were to grind the elected representatives of the then state into dust after J&K had been brought under Central rule but the Assembly had not been suspended)? Not surprising that Mr Malik attained the status of a despised commissar. In some ways, Puducherry lieutenant-governor Kiran Bedi seems a curious mix of a Mr Dhankar and a Mr Malik. She seems perpetually to have her boxing gloves on against the CM. She is a brawler. Shockingly, as chief guest at a RSS-run school in Karnataka recently, she did not walk out when students reportedly put up a mock drill of pulling down the Babri Masjid. Many of our governors have become ideological limpets. They ought to go.