As a society, we have been somewhat accustomed to the problem of radicalisation. 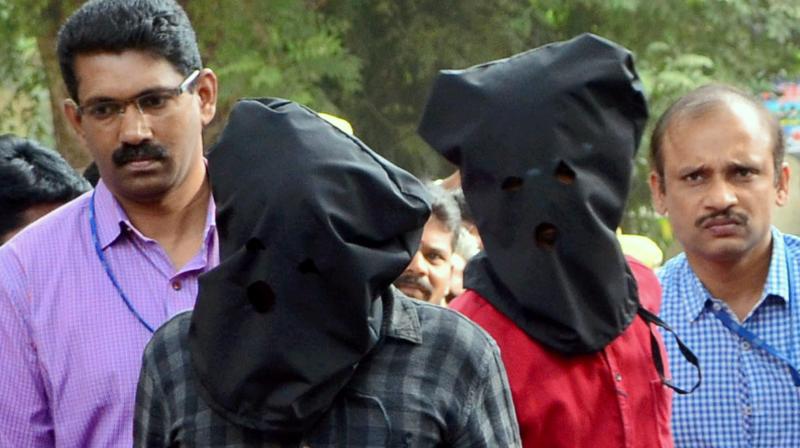 Al Qaeda activists being produced at the Judicial Magistrate Court at Melur in Madurai district on Tuesday. (Photo: PTI)

As many as six suspected members of an outfit calling itself the “Base Movement”, an oblique reference to Al Qaeda in India (“Organisation of the Base of Jihad in the Indian Sub-Continent”) and considered responsible for around five court blasts in Telangana, Karnataka and Kerala this year, were taken into custody in Tamil Nadu and are being interrogated. The youths, led by a Chennai-domiciled software engineer, used unusual tactics like trying to leave a message rather than causing great havoc at their blast sites around the Chittoor, Nellore, Kollam, Malappuram and Mysuru courts. Their methods may even have been amateurish (they used low-grade explosives scrounged from firecrackers). But their activities in these southern states suggests a degree of radicalisation that is part of a worrisome pattern — seen more in the south as well as the west, in Mumbai and Gujarat.

If the NIA, along with the Telangana and Tamil Nadu police, has indeed cracked the case, it is a tribute to their dogged work in pursuit of malcontents and anti-social elements. The police intelligence wings are known to work diligently to ferret out terror plots even before they are executed. But what is of more concern is that their work can play into the hands of radicals who find it useful in their propaganda to spread discontent over harsh police methods. Targeting popular leaders is also a secret ambition of all radicals and this group, that appears to owe allegiance to Osama bin Laden but may have no links to his organisation, is no different in having a top leader supposedly in their crosshairs in their war on state power.

As a society, we have been somewhat accustomed to this problem of radicalisation. This is increasingly evident thanks to the Internet, host to all kinds of fear-mongering content usually presented in a catchy and compelling way. And it’s not only Islamist or Hindutva fundamentalist content but also emerging fierce movements like the US Alt-Right, that spreads online racist poison freely. In the old days, students reading Das Kapital and similar works would readily identify with left and liberal viewpoints and the ideology would spread word of mouth on campuses. What the Internet does now is present all knowledge to every user depending on his inclinations, and thus indoctrination becomes a simpler task for those with extreme views on both ends of the political spectrum as well as religion. At a time when we have so much to do as an inclusive society to present opportunities to all sections of the population, parents and teachers in particular must also contend with this sinister threat all impressionable young minds face. How we respond to this will shape our future as a society.