The land allotted for doubling the plant’s capacity, which would have made Sterlite India’s top copper producer, was also cancelled. 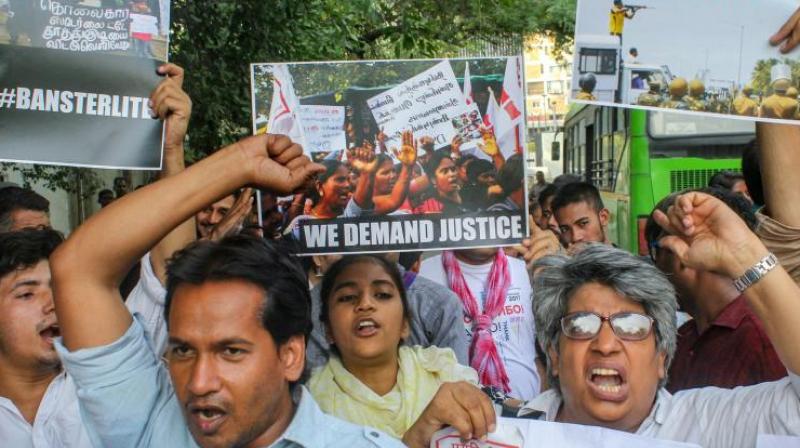 Section 144 which was imposed last week was lifted off on Sunday and the Sterlite’s copper smelter plant in Thoothukudi was permanently shut down on Monday. (Photo: PTI)

The Tamil Nadu government has ordered the Sterlite copper smelting plant in Thoothukudi (Tuticorin) be shut permanently. This will be popular with a large section of those living in the town where the factory, which produces four lakh tonnes of copper annually, is located. However, the 3,500 people employed there won’t be as happy. Sterlite, owned by UK’s Vedanta Resources, has a patchy record in polluting the environment and groundwater with arsenic and cadmium, and has been known to be cavalier with environmental laws despite its strenuous denials now about complying with the norms. It was once fined `100 crores by the Supreme Court on the principle that the polluter pays.

The land allotted for doubling the plant’s capacity, which would have made Sterlite India’s top copper producer, was also cancelled. These orders will no doubt come under judicial scrutiny. There will also be economic consequences, as Sterlite produces almost a third of the nation’s copper requirement. Truth to tell, the copper industry was cleared for coastal Tamil Nadu in early 1990s when environmental awareness may not have been as sharply defined as now. Central governments have successively cleared the plant’s operations while a gas leak forced the Tamil Nadu government to bring production to a halt when the manufacturers moved the Supreme Court. The plant’s permanent closure will be in the hands of the Supreme Court, which would have to assess the legalities while the present scenario would suit the core group of protesters, whose lives were affected by the smelter. Finding a balance, while factoring in the loss of lives in police firing on protesters, will be tricky.