The ageless wonder now has an unprecedented 20 Grand Slams, a third after touching 35. 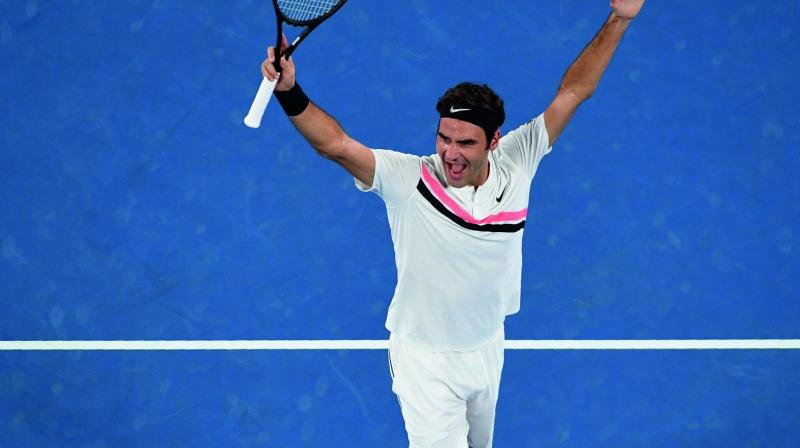 The greatest champion in the history of men’s tennis was reduced to a blubbering child as he received the Norman Brookes Cup at the Australian Open. The oldest finalist since Ken Rosewall, 37, and Mal Anderson, 36, fought for the title 46 years ago, Switzerland’s Roger Federer, 36, showed a kind of precision in the championship that competitors many years younger couldn’t command. Many fell victim to heat and humidity, defining factors in another searing summer of climate change blistering Australia.

Federer spent just 11 hours on court to get to the final while his opponent Miran Cilic, 29, spent over 17 hours and was heard complaining bitterly about playing under a closed roof at night in the cold after braving his way to the final in the heat. Cilic came from behind in the fourth set to take the champion into a deciding set, but Federer stayed supreme, wrapping it up it with measured strokes.

The losing women’s finalist, Simona Halep, ended up in hospital, reflecting the testing conditions of 2018’s Open in Melbourne. But the chaos over the weather couldn’t affect the cool Federer, whose closeness to perfection was another reminder why he’s so deified. The world so admires his dulcet backhand, very different in an era of double-handed strokes. Federer himself told Jim Courier in an on-court interview that he’d like to see his son play the backhand with both hands as he felt the singlehanded backhand was too difficult a stroke with high-strung modern rackets.  That he’s playing the game he loves is itself the finest tribute a sportsman could pay his sport. The ageless wonder now has an unprecedented 20 Grand Slams, a third after touching 35.