The Modi govt has taken as long as 9 months to fill the vacancy and announce the name of Lt Gen. Anil Chauhan (Retd) to succeed Gen. Rawat 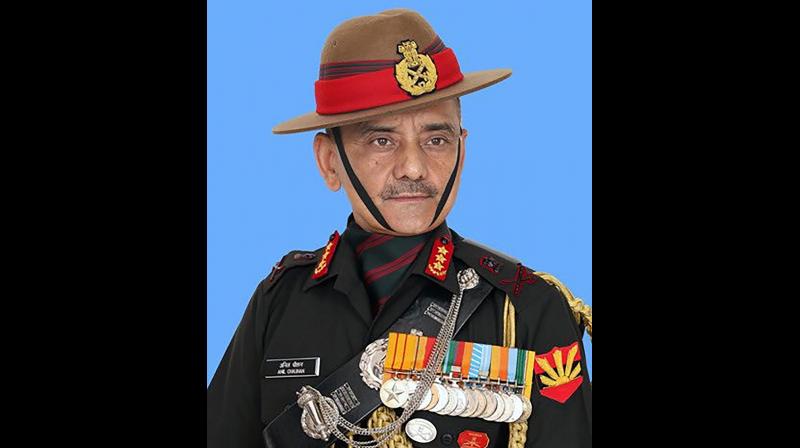 File photo of Lt General Anil Chauhan (retd) who has been appointed as the new Chief of Defence Staff (CDS). (Photo: PTI)

It is a measure of disarray in governmental thinking that the newly-created post of Chief of Defence Staff was not filled right away as a matter of routine after the tragic death in December last year of former Army Chief Gen. Bipin Rawat, who had been made the country’s first CDS immediately upon retirement as Chief of Army Staff. To make matters worse, the Narendra Modi government has taken as long as nine months to fill the vacancy and announce the name of Lt Gen. Anil Chauhan (Retd) to succeed Gen. Rawat.

This facilitates the reopening of the question: Does India really need a CDS after all? Since the question was answered in the affirmative — clumsily and unsatisfactorily — in 2020 after a debate lasting 15 years, it may just be worth re-considering it. There is a fundamental reason for this, namely that India’s armed forces are defensive in nature, rather than expeditionary, such as those of the United States and some leading Western countries, or, for that matter, Russia.

For expeditionary forces it is necessary to have theatre commands in far-flung areas in which the different branches of the military operate in the spirit of jointness and under a common command. Setting up the infrastructure for theatre commands calls for infinitely greater spending than has been the case in India, historically.

Will budgetary spending of that magnitude be available? There is an important question tied to this: What is India’s strategic vision as far as our armed forces go? Is it to make the Indian military ready for battle in the skies or over land or the seas in foreign territories and the global commons? If that is indeed the case, there has been no national debate on so vital a matter. And if the recent experience of action on the ground is concerned, then it can be said that the Indian armed forces have shown no inclination to take the battle outside of our own perceived frontiers. In the case of eastern Ladakh, even that is in some doubt as India has virtually been coerced by China into not patrolling up to its own perception of where the Line of Actual Control (LAC) lies.

In India, there is a further complication. Of the three services, the Army and the Indian Air Force do not appear to be on the same page on the conceptual aspects of “jointness” in theatre command situations. The late Gen. Rawat had once called the IAF a “support” service, eliciting a pungent reply from the then Air Chief. The IAF has since presented the government a brief on its role in combat in theatre conditions. It remains to be seen to what degree the response of the Air Force induces changes in official thinking as to the concept, structure and management of the envisaged theatre commands.

The choice of a retired lieutenant-general as CDS is also an intriguing one. The officer in question had retired in May last year. He had been overlooked for the position of Army Chief. This three-star general now resurfacing in the role of a four-star general, with overriding powers over the current chiefs of the three services, is tailor-made to set off unhappy undercurrents in the top structures of our armed forces. This can hardly be said to be of any use in the satisfactory running of military affairs.