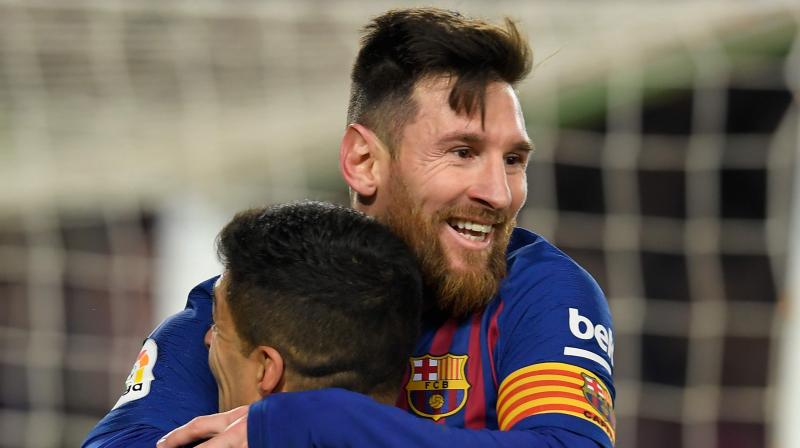 Messi is the modern avatar of a universally loved sportsman, the man with the golden boots, the winner of six Ballon d’Ors, member of Olympics gold-winning Argentina and a million Euros a week footballer who was at odds with his favourite club. AP Photo

It is said sportsmen die twice, first when they retire. In the case of Lionel Messi, one of the greatest footballers in the sport’s history, it might well be thrice, first when he leaves Barcelona FC.

This might be akin to the Mona Lisa leaving the Louvre or MS Dhoni moving, of his own volition, from Chennai Super Kings. In the case of Messi, who first signed a contract on a paper napkin to join Barcelona in 2001, the Burofax (recorded delivery) message he sent on his intention to move on represents a heart-wrenching tearing of ties.

The decision rips asunder Spanish  football even as it lights up the eyes of clubs and managers elsewhere dreaming of signing up the Argentinian super star.

Those who believe an institution is always greater than the individual may sometimes be wrong, at least in sport. Muhammad Ali, Pele, Don Bradman are just a few examples from a long list of sportspeople who seemed larger than life in the societies they lived in.

Messi is the modern avatar of a universally loved sportsman, the man with the golden boots, the winner of six Ballon d’Ors, member of Olympics gold-winning Argentina and a million Euros a week footballer who was at odds with his favourite club as it deteriorated when falling from the heights.

Over time, even great edifices crumble. Increasingly angry and frustrated by Barcelona’s dipping fortunes, Messi may have sighted the clear end when they were pummelled 8-2 by Bayern Munich, eventual Champions League winners.

In the time of the pandemic when sport is trying to prove its relevance beyond just the playing of games, it cannot be of great consequence to society as to where Messi ends up — Manchester City, Paris St Germain or Juventus.

At a time when American pro sport is redefining sport itself in the most modern era by protesting against racial injustice with strikes, Messi must introspect and gauge where he can contribute most to football and to society.