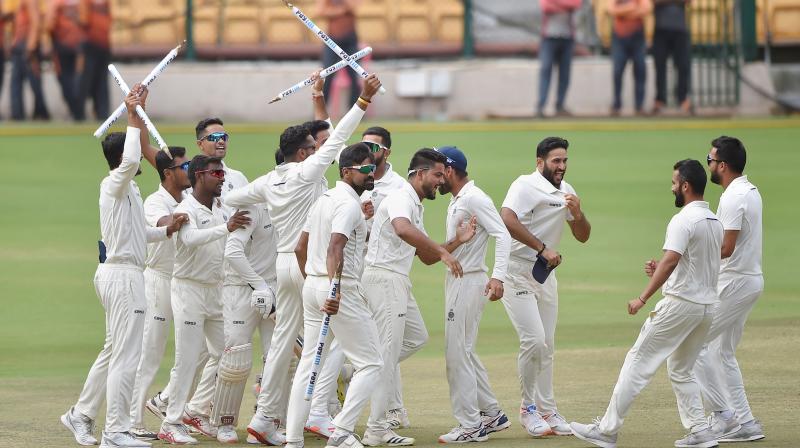 The princely state ruled by the Holkars had hosted illustrious cricketers like Syed Mushtaq Ali, whose flamboyance is part of Indian cricket folklore and led by a martinet in the incomparable Col. C.K. Nayudu, India’s first Test captain. Holkar had dominated the Ranji Trophy championships in the 1940s and early ’50s, winning four titles up to the 1952-53 season.

How much the once princely state’s capital of Indore has changed over seven decades was made clear in their redrawn state of Madhya Pradesh winning their first Ranji Trophy title in 2021-22. It wasn’t so much star value and individual brilliance that saw them win the national pennant so much as their being able to put together a team of journeyman pros who play the first-class game with great commitment.

In batting Mumbai out of the game with a huge first innings lead and then meeting a modest target for a six-wicket win, Madhya Pradesh did to the 41-time Ranji champions exactly what Mumbaikars have done to opponents in their long years of glory. With the exception of the extremely talented Rajat Patidar, who grabbed an opportunity to make a name in the IPL, scoring a century in the knockouts for Royal Challengers Bangalore, they are mostly utility cricketers.

As a team they played with such dedication to a cause other than money and riches in IPL style as to pay the best possible tribute to the much-lauded coaching style of former Mumbai batsman and wicketkeeper Chandrakant Pandit. As a contracted professional, he had led MP to a Ranji summit 23 years ago when his team had taken a 75-run lead over multiple-time champion Karnataka only to be pipped at the post in the fourth innings.

Pandit, who puts diligence far above flashiness in his job as coach, is known to work wonders with players and teams willing to put in the hard yards. That teams like Vidarbha and now MP went on to win maiden titles under his tutelage in the country’s long running championship in which he has mentored six wins, tells the tale of a trainer who can impart not only knowledge and shape skills but, more importantly, teach them also how to put mind over matter. That, perhaps, is the key to sporting success of the Madhya Pradesh kind.