It is with a sense of great pride that the medals for valour like the Ashok Chakra are given out on the day we celebrate India becoming a Republic. 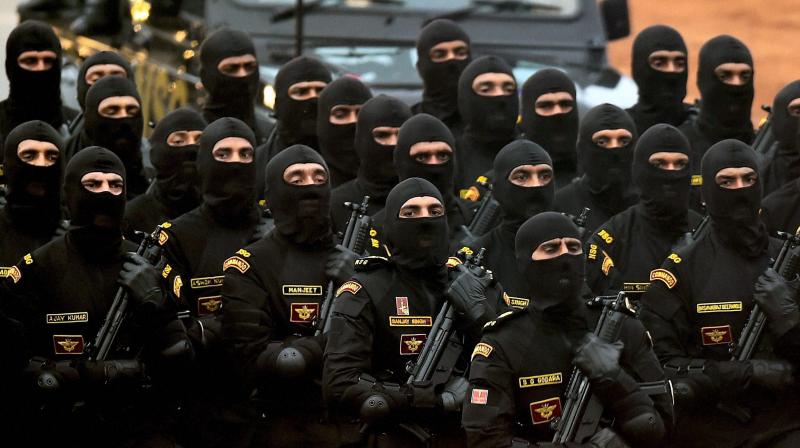 The Republic Day celebrations are primarily a show of our military might, however lightened they are by the display of the cultural diversity of our nation. With the Black Cat commandos making their debut in the parade this year, the accent was on national security. But there was a far more poignant touch to the celebrations with the news coming in of soldiers in the Kashmir Valley being buried under avalanches and losing their lives while patrolling along the Line of Control with Pakistan. The final count of the dead among soldiers and civilians is yet to come in from an unusually severe winter season of very low temperatures and peppered by avalanches, with as many as five occurring in the space of just three days and warnings in the air of more being possible.

It is with a sense of great pride that the medals for valour like the Ashok Chakra are given out on the day we celebrate India becoming a Republic. But no sacrifice the nation makes for the well-being of the soldier — sometimes besmirched by reports of the treatment meted out to them in terms of food as we saw on social media this season — whose lot encounters the most hazardous conditions in the Valley and along the International Border and LoC with Pakistan. It is a curse of the 1999 Kargil war that India is forced to defend some of the most desolate mountainous regions to preserve its territorial integrity against the proclivities of two prickly neighbours. There has been much talk of smart soldiering and reducing the burden of keeping soldiers on foot patrol, but we are so far away from the ideal that we can only hope that force majeure conditions do not take such a toll. We salute our bravehearts with a sense of sadness this time, rendered heavier by the Pathankot and Uri attacks.