Justice Arun Mishra, heading the bench, suggested to Bhushan that he utter “magical” word “apology” and go to the category of Mahatma Gandhi 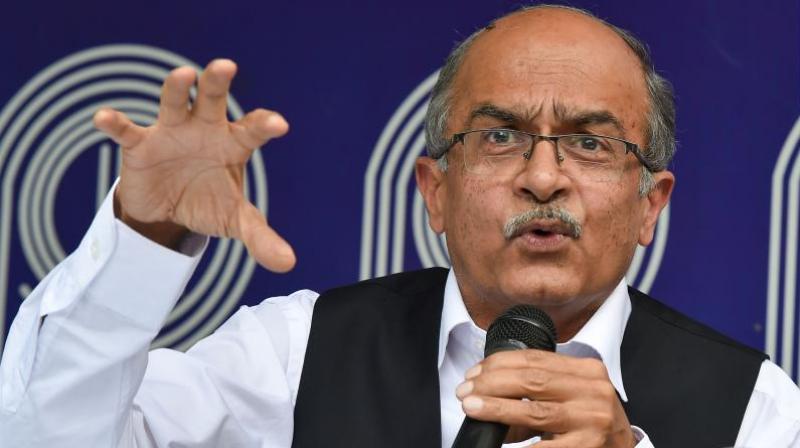 The Supreme Court judges, hearing the arguments in the contempt case against civil rights lawyer Prashant Bhushan the other day, were at their generous best when they advised the latter to apologise for his tweets critical of the Supreme Court and the Chief Justice of India (CJI), for which he has been found guilty and awaiting his punishment “cheerfully”.

Justice Arun Mishra, heading the bench, suggested to Bhushan that he utter the “magical” word “apology” and go to the category of Mahatma Gandhi. The judge was apparently not satisfied with either of the two statements of Bhushan: in the first, he quoted Mahatma Gandhi and said he sought no mercy and no magnanimity of the court while in the second he said he will be committing contempt of his conscience and the Supreme Court if he tendered an insincere apology.

Ordinary mortals are not supposed to question the judicial wisdom of the learned judges but one wonders if it is true about historical factors, too, and whether Justice Mishra got the traits of the Mahatma and Hindutva icon V.D. Savarkar mixed up when it comes to apologising.

Isn’t it that Mahatma Gandhi used to go on fasts doing penance not for his sins but for what he thought were the sins of others, as mentioned by Justice B.R. Gavai who sat alongside Justice Mishra and Justice Krishna Murari on the bench? Or did the judge mean that  Bhushan must apologise for the sins of perhaps the CJIs who, he alleges, watched as Indian democracy got weakened?

On the other hand, archival documents show that Savarkar, jailed by the British for his role in the freedom movement, went on an apologising spree and got himself freed from the cellular jail in Andaman. Justice Mishra will hopefully set the record straight while pronouncing the order sentencing Bhushan, for we can’t take too many liberties with history.