As per the anti-defection law, the 18-member group led by Mr Pilot could attract action by the Speaker 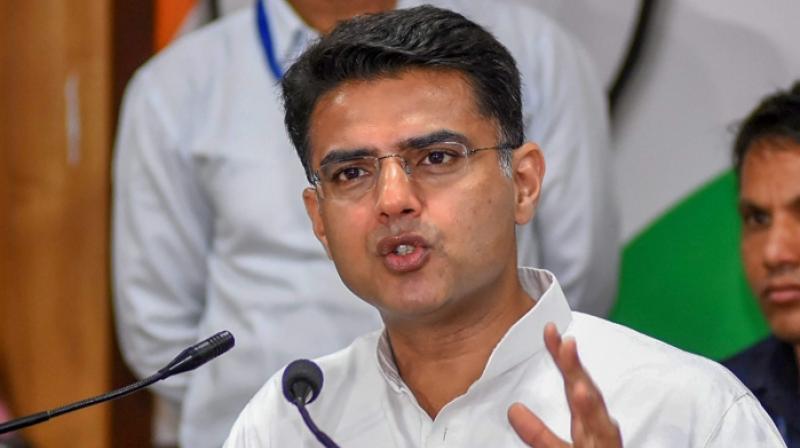 The unseemly power struggle in Rajasthan is both curious and disturbing. Curious, because the people or institutions which are not supposed to be part of it play a major role in it.

Disturbing, because all the players together undermine the very idea of democracy.

The rebellion led by Sachin Pilot, then state head of the Congress and deputy chief minister, indeed precipitated a crisis for the Ashok Gehlot-led ministry in the state when he demanded a leadership change.

Mr Pilot’s statement that the ministry was reduced to a minority warranted a show of strength by Mr Gehlot.

The Constitution, the law and the rulings of the Supreme Court have laid down the rules to solve the issue easily, by testing the majority on the floor of the house. But that has not happened yet.

As per the anti-defection law, the 18-member group led by Mr Pilot could attract action by the Speaker. The Congress, which originally had 107 members, has formally complained to the Speaker for their disqualification.

However, the Speaker, on whom the law bestows the power to decide the case, has not been able to exercise his power.

The simple solutions which are mandated by the law to end the stalemate have not been initiated yet. For, one, the governor has refused to call the session of the assembly and two, the Rajasthan High Court has barred the Speaker from deciding the case.

The court has even gone on to question the very premise of the anti-defection law, instead of allowing the process to complete and then deciding the merit of the Speaker’s decision.

At a time when the entire state machinery must be fighting the pandemic Covid-19, the Chief Minister was seen last week organising a protest in front of the Raj Bhavan demanding that the Governor respect his constitutional responsibilities.

After getting no positive response, Mr Gehlot now threatens that he will take his protest to the residence of the Prime Minister in the national capital. He also plans to meet the President.

The Bharatiya Janata Party which has successfully toppled ministries in many states, including in Madhya Pradesh, has been active in Rajasthan, too, but not in the same brazen manner in which it has acted in others.

A party delegation last week met the governor and complained to him about the ‘anarchy’ prevailing in the state. The party seems to have decided to keep the pot boiling.

The people of Rajasthan deserve better.

The President, who has sworn to preserve, protect and defend the Constitution, must ensure that his representative in Jaipur follows the democratic practices and allow the ministry to have its say in calling the session of the legislature.

The Supreme Court, which is set to resume the hearing in the petition moved by the Speaker on Monday, must let the law take its course instead of lecturing the nation on people’s right to dissent even as it goes on to prosecute people who raise legitimate questions on the conduct of the institution. The two offices must let democracy function.