After Jio, all eyes on Bharti

The incumbents have time to consolidate till March because by then Jio will have to declare its pricing and offers. 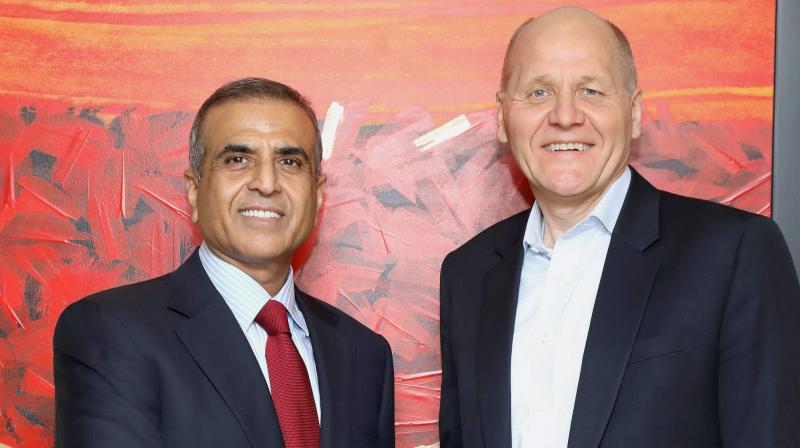 Whoever said small is beautiful probably did not contend with the Darwinian theory of survival of the fittest and Sunil Mittal’s Bharti, which has always been a survivor, has decided to add the Norwegian Telenor to its stable to strengthen its operations. Telenor, which entered the Indian market in 2008, has bowed out as it found that return on investment is just not happening. The entry of Reliance Jio Infocomm Ltd with an investment of Rs 1,23,000 crores had changed the rules of the game with its predatory pricing and enticing six-month offer of cheap data and free voice that ends on March 31. It has literally upset the applecart of the incumbent telecom companies that had a cosy understanding on pricing, so one can expect a further shakeout in the Rs 2.03 lakh crores telecom market. With the addition of Telenor’s customers, Bharti now has a customer base of 307 million and will provide the fastest and widest voice and data network. Vodafone, which is in merger talks with Aditya Birla Group’s Idea Cellular, will, when the merger is complete, have a customer base of 391 million. These behemoths are gearing for a fight to take on Jio, which has deep pockets. The small companies will be crushed unless they merge with the stronger entities. The grit to stay in the game is best defined in the Vodafone chief Vittorio Colao’s directive to his Indian arm to “leave no stone unturned in combating Jio”. This is not the first time that there will be shakeout. Over the years there have been exits of foreign companies like Hutchison of Hong Kong, followed by Etisalat of Dubai, Russia’s Systema and Japan’s NTT DoCoMo, which is currently involved in a stormy exit from Tata Teleservices. With the current shakeout and merger operations, there are expected to be just three-four big operators left in the field from the 10 operators that existed at the peak of the industry. It will be interesting to see how Bharti plays out. The fight now is for volumes very much akin to the Coke-Pepsi rivalry and not on price. Only here there are more than two players with Bharti-Telenor in the lead followed by Vodafone and Idea then Jio and lastly Reliance Communications, which is in merger talks with Aircel.

The incumbents have time to consolidate till March because by then Jio will have to declare its pricing and offers. It will then be possible to determine whether 50 or 75 per cent or whatever number of subscribers that rushed for the great deals will stay on with Jio. Till such time as the situation stabilises the incumbents will have to be watchful.

For the consumers maybe there won’t be much of a price war from which they benefit, but they will certainly benefit through better services. With big players making investments, services are bound to be better.