It is important we stand up against racism lest we become complicit in such obnoxious thoughts and practices. 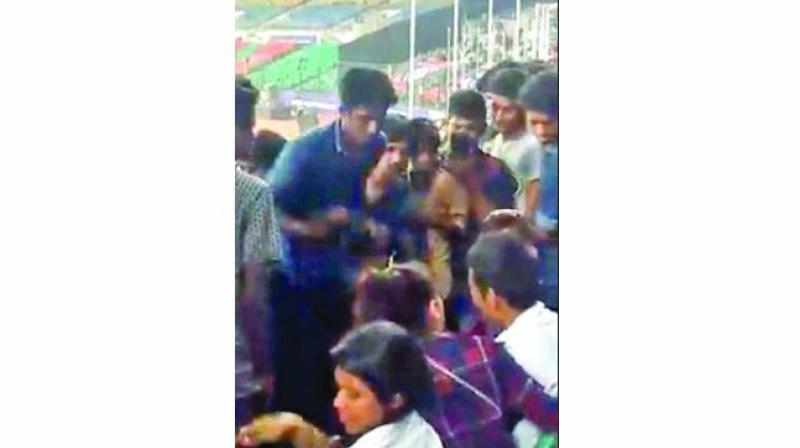 A screen shot of the video of youth harassing a group of girls from Northeast at Nehru stadium.

The behaviour of football fans mocking spectators from the Northeast at a game in Chennai was unacceptable. This was clearly racist as people who are ethnically different from the stereotypical Indian were being roasted at a sporting event. A part of the crowd also seemed to get into the act as one miscreant among them teased and harassed a bunch of fans of the Highlanders team from the Northeast, which included, at least, a few women fans. The women were subjected to disturbingly lewd behaviour by the mischief maker who revealed a racial bias the city is not known for. The act not only let down the image of a sporting city that had once earned a name for giving a standing ovation to the Pakistan cricket team for winning a thrilling game against hosts India but also carried a social message of distressing hate.

Such an open racial bias has never been known to permeate the southern part of the country, which has generally been a good host to thousands of people from the Northeast who make a living in the South. The principal culprit in the embarrassing show of hatred in Chennai may have been just one youngster but the encouragement he received from the others who were tacitly recording events on their mobile phones represents the danger of latent racism being allowed to become dominant. Football in Europe has been beset by problems of players of Mongoloid features as well those from Africa being heckled and harassed and called names too, besides rude gestures pointing to racial physical differences. The owners of the two Indian teams have taken a stand against such loutish exhibitionism while the police are hunting for the spectators who misbehaved. It is important we stand up against racism lest we become complicit in such obnoxious thoughts and practices.