DC Edit | No state for journalists

As the coronavirus lockdown and recession affect millions of jobs nationwide, journalists, too, have come under financial stress 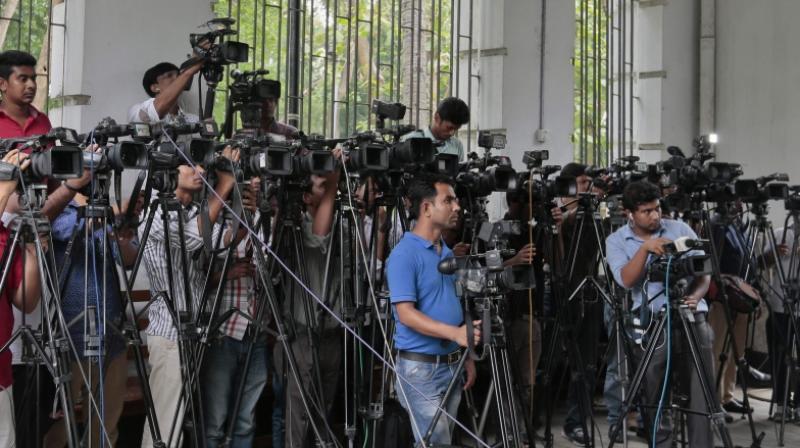 Sadly, this is the second murder of a journalist in about a month's time in the state of Uttar Pradesh. Representational Picture

What was the egregious misdeed of 42-year-old television reporter Ratan Singh for which he was beaten up by villagers at the home of the panchayat head in Ballia, eastern UP, before being shot dead? Why was there no deterrence of note in the face of this flagrant crime?

Instead, the police, who should be in the dock for birthing this culture of impunity by repeatedly failing to do their job, are now busy playing down the murder as one that occurred as a result of a property dispute, a conjecture denied by none other than the family of the victim.

Sadly, this is the second murder of a journalist in about a month's time in the state of Uttar Pradesh.

In July, Vikram Joshi was shot in Ghaziabad for reporting the harassment of his niece to police who waited and then effectively watched the crime take place.

And in June, Shubham Mani Tripathi, a newspaper reporter from Kanpur, was shot in Unnao at the behest of a local real estate and sand lord after his reports led to the demolition of an illegal structure and he shared it on Facebook.

Tripathi’s killing coincided with the Varanasi police’s hounding of Scroll’s executive editor for reporting that people in Prime Minister Narendra Modi’s constituency had gone hungry during the Covid-19 lockdown.

This time, the police acted with alacrity. Indeed, 60 journalists from all over India, including some prominent names, have been arrested in this period, or booked or been confronted with other tactics of intimidation for simply doing something the police aren’t — which is their own job of reporting on the pandemic and how the people have suffered through it.

As the coronavirus lockdown and recession affect millions of jobs nationwide, journalists, too, have come under financial stress and distress.

But some of them have continued to face down both the virus and crime, as also an uncooperative and very often vindictive government, in order to report, investigate and be the first to get the news.

The government, in its turn, has clanged kitchen utensils in their honour, and then promptly turned a blind eye even as police blithely brushed crimes under the carpet.

The headline, therefore, is an ironic one. As for the police-mafia-state crackdown on news and commentary, it is not completely successful.