The memory of the impunity that prevailed for communal criminals in those horrific post-Godhra days is unlikely to slide into the past so easily. 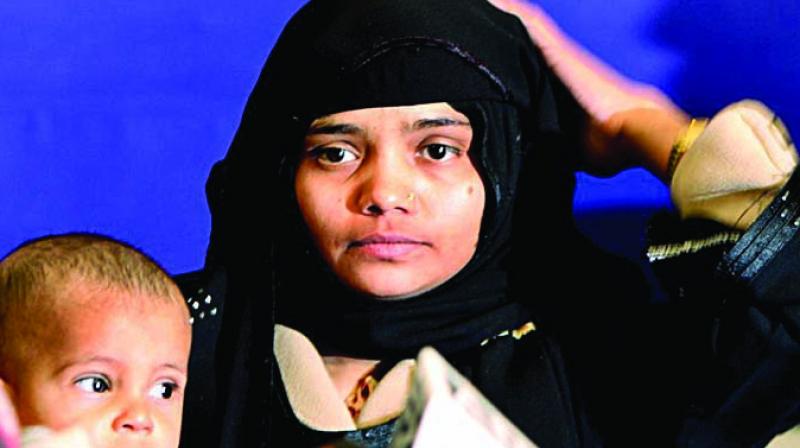 It’s brave — and extremely large-hearted — of Bilkis Bano to say her fight since the Gujarat pogrom of 2002, that she fought relentlessly, was for justice, and not revenge. Only truly elevated souls can think that way.

For 17 years, since March 2002, Ms Bilkis waged this struggle for her soul, for her honour and for the memory of her dead offspring whose heads had been smashed to the ground by a communal mob.

Ms Bilkis met the press in the nation’s capital on Wednesday,  a day after the Supreme Court ordered that the Gujarat government pay her compensation of Rs 50 lakhs, and give her a job and a house to live in. Ms Bilkis expressed her gratitude to the judicial system and said she had never lost faith in it. She also sees the Supreme Court order as a “message” to other victims as well as to perpetrators.

Nevertheless, we would do well to contemplate the larger meaning of justice for a five-month pregnant poor woman who was gangraped in broad daylight by a baying mob that killed 14 members of her family on the spot and smashed in the heads of children.

The memory of the impunity that prevailed for communal criminals in those horrific post-Godhra days is unlikely to slide into the past so easily. This is because minor members of communal outfits faced the brunt of the law, but those who mattered were shielded — the politically influential agents of communal violence who orchestrated murder, rape and arson and later prevented relief being administered to victims, as well as officers of the state. This blot on India will remain.