To keep the peace during the rally is, of course, the farmers’ responsibility, while it’s the State’s duty to provide security 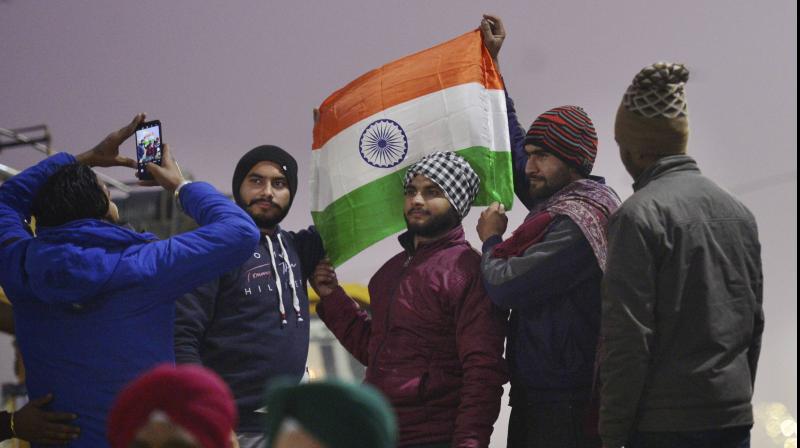 A farmer holds the Tricolor during their ongoing agitation against Centre's farm reform laws, on the eve of Republic Day, in New Delhi, Monday, Jan. 25, 2021. (PTI /Ravi Choudhary)

The might of the Indian Republic and national pride will be reflected in the military precision of the traditional parade on New Delhi’s Rajpath on Tuesday. Joining on this special day, as a democratic counterpoint to the State’s pomp and pageantry, will be the solidarity of a collection of farmers fighting a battle against three contentious farm laws. A republic is defined as a system of governance that allows a country to be democratic.  No great clash of principles, therefore, stands in the way of allowing this demonstration of the will of a section of the people. To keep the peace during the rally is, of course, the farmers’ responsibility, while it’s the State’s duty to provide security.

There are multiple voices to be heard in a democracy and minor irritants like inspired campaigns, like the one the Delhi police is complaining of, said to be emanating from 300-plus Pakistani Twitter handles, shouldn’t be allowed to disrupt the process of peaceful life. A nation that knows how to switch off the Internet for over a year in the Kashmir Valley due to fears of disruptive voices from across the border should be capable of taking on mischievous elements sprouting propaganda through social media disinformation. How long does it take to respond tactically to those who are inimical to the idea of a diverse and pluralist democracy that is India?

The threat from the stoking of divisive tendencies by reviving the idea of “Khalistan” may be real enough, but history tells us that India has come through such threats without being too badly burnt. It should be no different this time, when it is important for rulers to be able to lend an ear to various voices and address problems that are real. As 20,000-plus tractors roll on New Delhi’s Outer Ring Road on Tuesday, they may be symbolic of a noisy republic that we may have become in 70-plus years since January 26, 1950. That is no reason to be distracted from the task of listening to our own people.