Jaitley must have been pleased with the good news from Moody’s rating agency that India was on track towards 7.5 per cent growth in 2018-19. 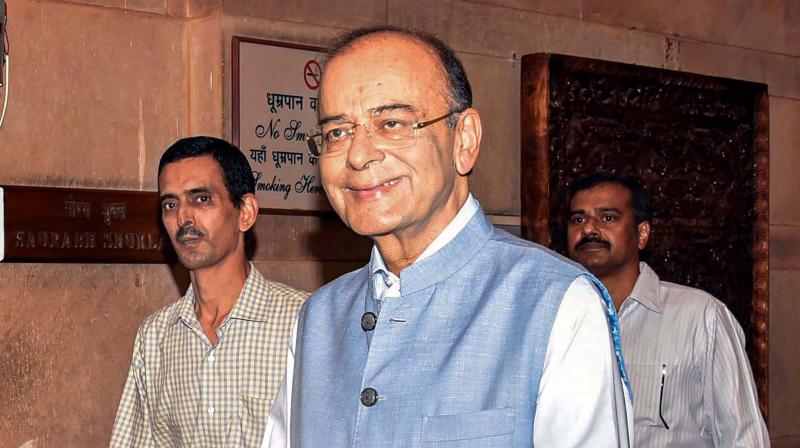 With his health back to near normal, finance minister Arun Jaitley got down to checking the health of the economy. To Mr Jaitley’s credit it must be said he was never far, in spirit, from his ministry during this three-month hiatus. As an ardent blogger, he had commented on everything, from the Rafale row to the insolvency and bankruptcy code, even as his ministry was headed by railway minister Piyush Goyal. Mr Jaitley must have been pleased with the good news from Moody’s rating agency that India was on track towards 7.5 per cent growth in 2018-19. While the economy is robust at the macro level, at the micro level there are strong headwinds that he must contend with. Rising crude prices and rising protectionism worldwide pose a challenge to India’s financials, though experts say the impact of global turmoil will be less on India. The current account deficit is particularly vulnerable as exports show a downward trend while imports are up. Oil and gold imports will weigh on CAD (the difference between forex earned and spent). Former RBI governors Raghuram Rajan and Y.V. Reddy have also cautioned India on CAD, whose widening is a source of concern.

A more disturbing consequence for the aam aadmi is inflation sparked by rising oil prices, as oil and fuel products permeate every sector of the economy. A foreign brokerage claims a 10 per cent rise in crude leads to headline inflation up by 10 basis points.

With the general election just a few months away, Mr Jaitley can ill-afford rising inflation, which burns a very deep hole in the pocket of the aam aadmi.