SC has also wisely rejected a complaint by the AP CM, Y.S. Jagan Mohan Reddy, against Ramana in a case relating to the Amaravati land scam 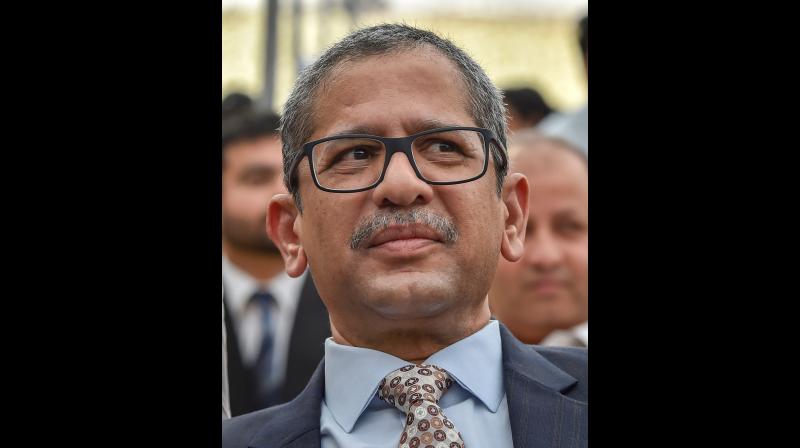 The honourable body would have done greater justice to the Justice if they had considered making the proceeding as transparent as an example the apex court expects from other institutions and lesser mortals. (Photo: PTI)

India welcomes the initiation of the process by which Justice N.V. Ramana will be formally declared the next Chief Justice of India, with the current CJI Justice Sharad A. Bobde recommending the name of the senior-most judge after him, to the post.

The elevation of Justice Ramana, when he takes office as the 48th CJI, after the incumbent leaves office on April 23, is yet another example of the maturity and independence of the Indian judiciary. After an illustrious career as a judge in more than one high court, and then as a judge of the Supreme Court, Justice Ramana deserves his rise to the highest chair in the Indian judiciary by the dint of his wisdom, brilliance, objectivity and hard work.

In clearing the way for the elevation of Justice Ramana, an in-house procedure of the Supreme Court has also wisely rejected a complaint by the chief minister of Andhra Pradesh, Y.S. Jagan Mohan Reddy, against him in a case relating to the Amaravati land scam. It was extremely crucial not to set any precedent, which would have enabled an easy hijack of the chair in future by any self-interested party or group. However, the procedure adopted by the Hon’ble Supreme Court in handling the complaint of chief minister Jagan Mohan Reddy, was kept “strictly confidential” and declared “not liable, in nature, to be made public”.

As several wise judges of the Supreme Court have pronounced, the procedure adopted in arriving at a decision is of often far greater significance to the ethos of instructions than the decisions themselves, and wise right decisions must still stand the test of transparency and fairness test of the procedure.

The halo of the Supreme Court could have risen further if the procedure by which the way was paved for the next CJI considered taking into confidence the ordinary citizen crucial enough to be made a yardstick.

The mature decision of naming Justice Ramana as the next CJI, which was so apt, given an unimpeachable candidature as his, should not have taken the risk of leaving room for even an iota of doubt over the procedure adopted in bringing in the only second Telugu speaking CJI into office.

The honourable body would have done greater justice to the Justice if they had considered making the proceeding as transparent as an example the apex court expects from other institutions and lesser mortals.