In light of this, what was witnessed in the Bihar Assembly last Tuesday can only fill every Indian with shame 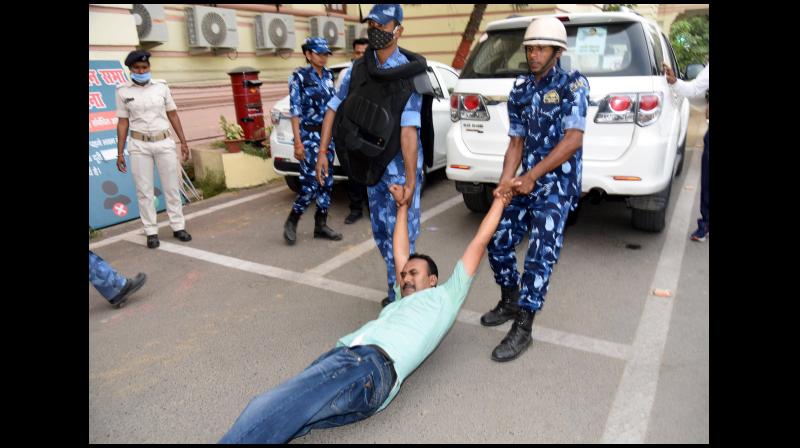 MLAs of Opposition parties, men and women, were dragged on the ground by the police who had been called in. (Photo: PTI)

Legislators are not above the law, but legislatures — the place where laws are made — a House of Parliament or a state Assembly or Legislative Council chamber — are privileged sites, where the law and order machinery of the State, as embodied in the police force, may not intervene — and interfere with proceedings. The legislature, therefore, has marshals who obey the Speaker or Chairman and have been known to deal with unruly situations with firmness.

The logic is if elected representatives of the people were to be interfered with in the performance of their constitutionally mandated duties, then why bother having elections? A despotic executive may then do as it pleases.

In a democracy, these are matters that lie in the realm of first principles. If this were not the case, the majority party which runs the government will be at liberty to send the police into silence opponents through force, pass unhindered any laws it likes and in the manner it likes, without fear of criticism. Then law-making may be conducted with the peace of the graveyard reigning.

Such a state of affairs will produce order and harmony of a kind that behoves a police state even if it masquerades as a democracy. Such examples are not unknown in the world. In India, however, we have been proud to run a noisy democracy. This has given us prestige even among autocracies which may sometimes denounce us but also envy us.

In light of this, what was witnessed in the Bihar Assembly last Tuesday can only fill every Indian with shame. MLAs of Opposition parties, men and women, were dragged on the ground by the police who had been called in. The scene that was telecast was one of brutality. Legislative decorum was being given a severe beating.

Chief Minister Nitish Kumar appeared later to justify the police action, referring only to the bedlam his party’s opponents were creating. Does he remain his own master, or is he dancing to the tune of his alliance partners who now appear to direct his every action and place him in the position of a puppet? On a subsequent day, standing up to speak in the Legislative Council, the CM, according to one report, “quivered” with anger as he continued to denounce the conduct of the Opposition. Not one word about the rights and wrongs of the police entering the legislative chamber.

The Opposition MLAs, led by RJD, had indeed been unruly in mounting their criticism of the Bihar Special Armed Police Bill, 2021, at the introduction stage. This is to be a state paramilitary force apparently on the lines of CISF, with the difference that it will have the power to arrest. In India, only civil police in a state have been given this power. Such a Bill is weighted against citizens. Some reports suggest Opposition parties tried to prevent the Speaker from coming out of his chambers. This is crossing the line. In such situations, marshals are known to be resourceful and vigorous, and are trained to deal with legislators.

If the Speaker called in the police, did he act on his own or did he act on advice? The circumstances are murky, to say the least, and deserve to be enquired into without delay. The CM, for his part, should be contrite, not brazen.