India-Canada and the Khalistan glitch

The Canadian PM has also attended gurdwara services in his country where convicted terrorists have been lauded. 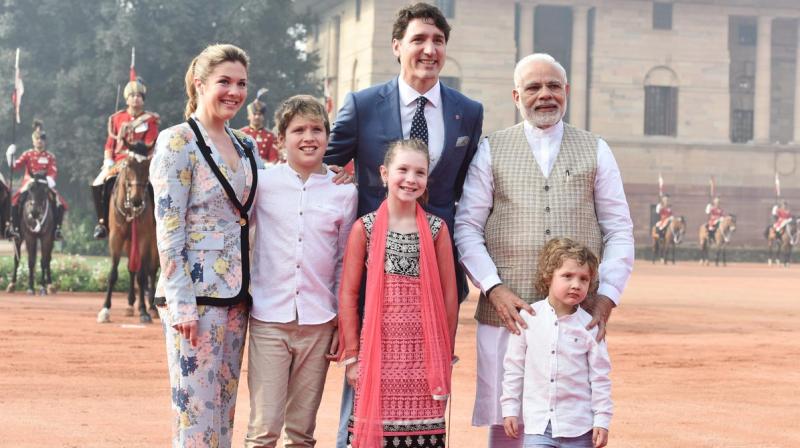 There is a lot that India and Canada can do together, and yet the relationship has not lived up to its potential. India’s economic growth in the past two decades has drawn international attention, and leading countries have sought to enhance trade and investment ties with it. Canada is a G-7 member and advanced Western economy. India’s nuclear programme was initiated with Canada’s assistance in the 1950s, when Ottawa provided India an experimental small nuclear reactor in the context of the Atoms for Peace programme. And yet, India-Canada relations need to be worked upon, primarily by Ottawa.

This would have become clear to Prime Minister Justin Trudeau — whose father Pierre Trudeau, an important world figure and Canada’s leader, had sought to foster close relations with India — in the course of his just-ended week-long visit to India. The ties between the two countries have been hobbled by the factor of Khalistani separatists and extremists, who operate freely in Canada in spite of the fact that the biggest terrorist attack on civil aviation was mounted by Canada-based Sikh extremists against Air India’s “Kanishka”, a gruesome episode in which the victims were mainly Sikh families. The Sikhs, settled in Canada over generations, are around 40 per cent of the total Indian diaspora of 1.4 million people, and their votes are eagerly cultivated by politicians, especially democrats and liberals, in the name of promoting diversity. The Canadian PM has also attended gurdwara services in his country where convicted terrorists have been lauded.

It is for this reason that Punjab Chief Minister Amrinder Singh had refused to meet Canada’s defence minister, a Sikh gentleman, two years ago. Mr Trudeau also got to meet Mr Singh earlier this week only after he made it clear that his government did not promote extremism and terrorism in any form.

This basic idea was reinforced when the visiting dignitary met Prime Minister Narendra Modi on Friday, some five days after he arrived in India — a fact commented on widely in the media.

At any rate, Mr Trudeau would have been left in little doubt that the Sikh in Punjab is a different species from the extremist contingents who seek to control the political discourse on India in Canada, and distort the contents of Indian democracy and its complex negotiations with the idea of diversity. It is noteworthy that two joint statements were issued after the Prime Ministers met. One, titled the “Framework for Cooperation between India and Canada on Countering Terrorism and Violent Extremism”, named Pakistan-based terrorist outfits, the al-Qaeda and Islamic State, as well as Babbar Khalsa and the International Sikh Youth Federation. This is an important step forward, and will add content to bilateral cooperation in the areas of Canadian uranium exports to India, agriculture, education and S&T, for which agreements were signed during the Trudeau visit.