AA Edit | We are family 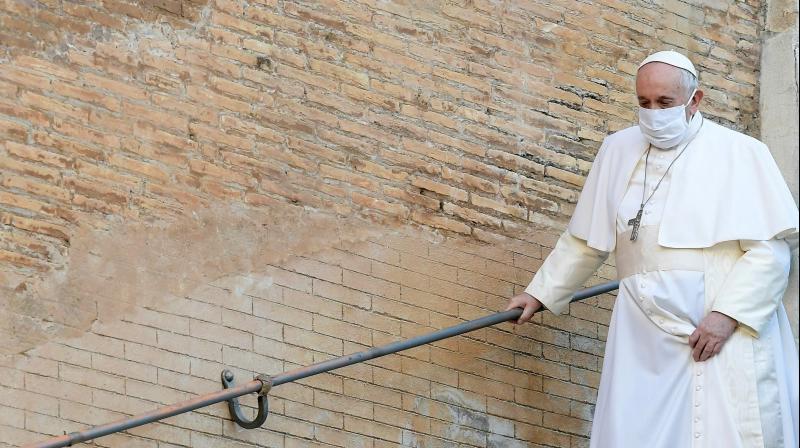 Pope Francis, wearing a face mask, descending the stairs of the Basilica of Santa Maria in Aracoeli prior to an inter-religious ceremony for peace in Campidoglio Square, at Rome's Capitoline Hill. (Photo: VATICAN MEDIA / AFP)

Christians live their lives in the perpetual fear of their sins catching up with them as they fight the world, the flesh and the devil but Jesus Christ would not have intended it that way when he built his church on the rock called Peter, the first Pope. The Lord was unequivocal when he said “my yoke is light and my burden is easy”, promising to make a break with a believer’s life till then, tied to the tough knots of rules, rituals and sets of beliefs. The Church had different ideas about itself. Over the course of history, it built on itself immense structures and then the paraphernalia to protect them. The yoke ceased to be light and the burden grew to be daunting.

Pope Francis, the bag-carrying Franciscan in Jesuit robe who wrote encyclical fratelli tutti to drive home the point that all are brothers, now says LGBT persons have the same rights every other who belongs to the species has. Francesco, the newly-released documentary on the Pope has him say this: “Homosexuals have a right to be a part of the family. They’re children of God and have a right to a family. Nobody should be thrown out, or be made miserable because of it.”

The conservatives say the Pope has only reminded the families of LGBT persons not to throw them out and that it is not an imprimatur for them to start families of their own; the liberals see some fresh thought entering the dogmatic Holy See. The debate could heat up in the coming days, and well, Jesus had seen it happening. “Do not suppose that I have come to bring peace to the earth. I did not come to bring peace, but a sword.” We would say amen to that and then wait for the yoke to lighten and the burden to ease at the end of it all.