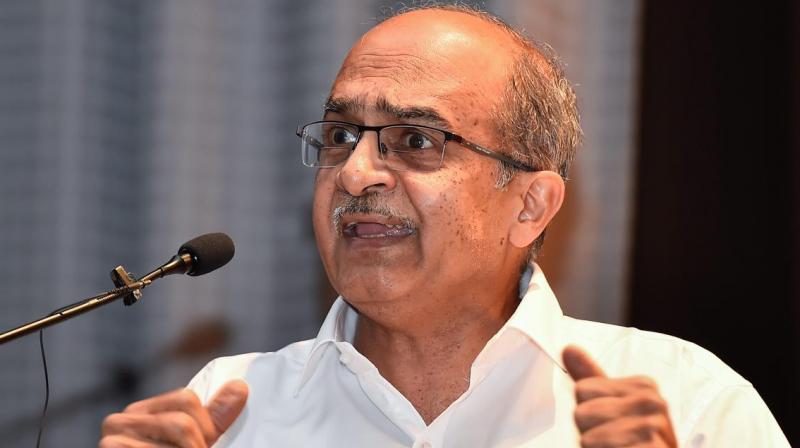 The Supreme Court’s suo motu action against intrepid lawyer Prashant Bhushan, putting him on contempt of court notice after pressing Twitter to take down his June 27 and June 29 tweets, does not raise the picture of modern and impressive “biker judges” to mind but rather visions of petulant, powder-wigged lordships vindictively trolling the pages of Twitter, ready to note down offence at the smallest slight.

At a time when nations worldwide, including the United Kingdom where it originated, have scrapped or whittled down this anachronistic law, our justices are doing all that they can within their powers to keep alive this colonial-conscious Act, even when it flies in the face of the court’s own judgments — for instance, the one in the 2015 Shreya Singhal case in which it struck down the Information Technology Act’s Section 66A in the interest of free speech, a fundamental right.

In the past, judges have tried to circumscribe the ambit of the first of these two laws by calling for direct evidence of breach of public order, as in the 2011 Binayak Sen case.

The 1971 contempt law, however, is not only about “scandalising” or “lowering the authority” of the court but has also to do with non-compliance with the court’s orders and directives.

Sadly, the judiciary is slow to take cognisance of those omissions. Bhushan, who faces a hearing today before the same bench of Justices Arun Mishra, B.R. Gavai and Krishna Murari that heard the case against him on Wednesday for a different contempt of court case pertaining to an interview he had given to Tehelka magazine in 2009, had contested the maintainability of the earlier petition on two grounds.

Can expressions of bona fide opinion on corruption in the judiciary constitute contempt in the first place, he had asked.

If so, is he obliged to prove the correctness of his opinion or is it sufficient that he show it to be a bona fide one, he had proceeded to ask. These grounds are equally applicable to the present case.

But perhaps more pertinent is the fact that the quick nature of the platform of Twitter does not lend itself to full disclosure or nuance; also there should ideally be an expectation of frivolity and lightness about this network even for public figures, seeing as one of its declared purposes is socialising and entertainment.

So the court action is patently in bad spirit. Last but most important, Bhushan is a lawyer of standing, who has argued numerous cases of public interest and has been amicus curiae of the Supreme Court. His opinions should, in the normal course, then, be cause of introspection, and not anger, on the part of the judiciary.

Curbing Bhushan’s freedom of expression is all the more problematic as prosecuting him indirectly encourages a growing nationwide trend of intolerance of dissent and difference of opinion.

Add to it the inadvisability of taking up the proceedings amid a pandemic throwing into grave danger and uncertainty the lives and livelihoods of the citizens, not to mention the existence of 60,000 cases, including the bunch of habeas corpus petitions from Jammu & Kashmir, pending before the court. The court should rethink its stand in the case.