The ball lies in India’s court, and the government must think creatively on how to break the deadlock 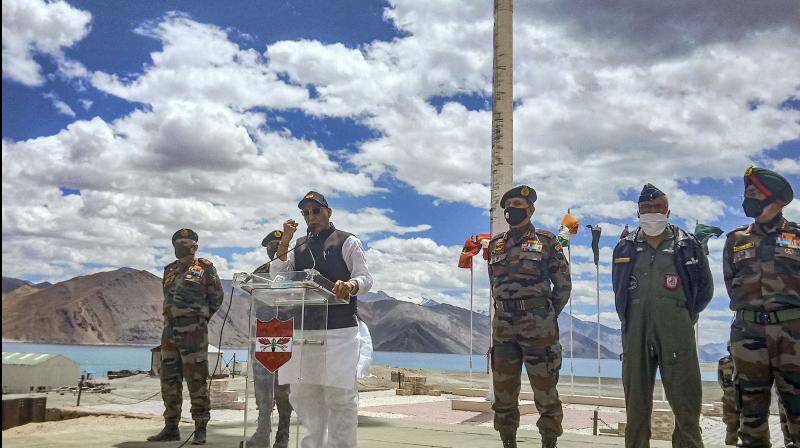 Defence minister Rajnath Singh has given the clearest indication from the government so far that things aren’t going the way we hoped for in Ladakh, after the deadly June 15 Galwan Valley clash that left 20 Indian soldiers and a large number of Chinese PLA troops dead, and that a long, hard road lay ahead.

He made it clear that despite all the hype about the Chinese starting the process of de-escalation, following several rounds of lengthy talks between the two corps commanders and NSA Ajit Doval’s conversations with Chinese state councillor (and foreign minister) Wang Yi, there was little movement and not much change on the ground.

On Wednesday, addressing Indian Air Force commanders, Singh said the IAF, and the armed forces, should be “ready to handle any eventuality”.

It wasn’t just about China, the minister stressed, we had to be watchful on the western border to deter Pakistan from fishing in troubled waters.

Earlier, on his Ladakh visit last week, the minister said the talks to resolve the India-China differences were “complex”, and while the government was trying to resolve matters, he warned he “couldn’t guarantee to what extent the situation will be resolved”.

The ball lies in India’s court, and the government must think creatively on how to break the deadlock.

The Chinese have dug in, and its troops are effectively in control of large tracts of Indian territory, so they will be only too happy to let the status quo continue.

At least 40,000 PLA troops are in the front and depth areas of the LAC in Ladakh, where they also have tanks, artillery and aircraft.

The Indian Army, forced to match this, is gearing up to stock up food, fuel, warm clothing and specialised shelters for a much larger number of troops, perhaps triple the normal strength, in the harsh Ladakh winter looming ahead.

Despite the economy in crisis over the pandemic, the government also has no choice but to ramp up defence spending, with Mr Singh pledging that all armed forces’ requirements, including financial, would be met.