The stampede led to eight injuries, including women and police on duty, who had to be hospitalised 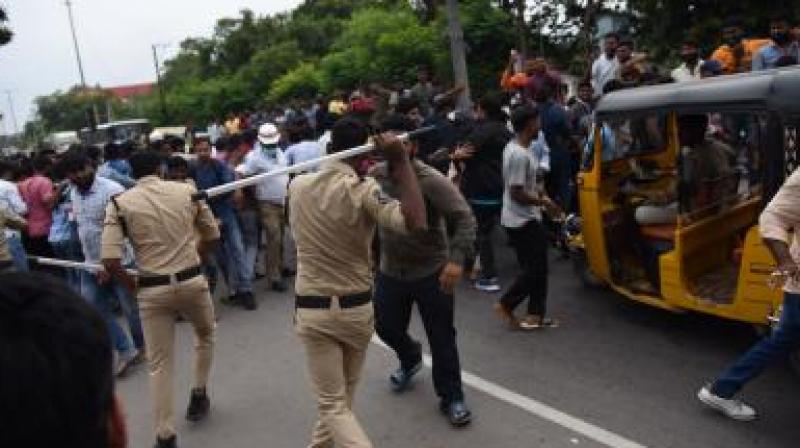 The stampede led to eight injuries, including women and police on duty, who had to be hospitalised. (DC Image)

Nowhere else in the world are sports fans treated as cannon fodder with the insolence and indifference as Indians at home when they try to buy tickets for international cricket matches.

The Hyderabad Cricket Association (HCA), being run in a disputable and controversial manner by disgraced former India cricket captain Mohammed Azharuddin, who in the past was banned from the game over match fixing allegations, and a set of other officials, must be held responsible for the incident on Thursday, when over 30,000 fans assembled, many of them overnight, for tickets for the upcoming Sunday fixture between India and Australia, leading to a stampede.

The two counters set up by HCA to sell 3,000 tickets offline in the hi-tech city of Hyderabad, a city in which even tea stalls and pakori makers use online sales and door delivery facilities, and the Hyderabad police allowing over 30,000 people to assemble to buy them, show various faults with this one-sided love between cricket fans and the cricketing establishment.

Why offline sales? Why not open, transparent, online sales? Why not clear distribution of passes with a policy-driven definition of who must get free or VIP passes, and how many? The stampede led to eight injuries, including women and police on duty, who had to be hospitalised.

The police registered complaints against HCA president Azharuddin, who in characteristic style, dismissed the entire episode as a trifle. Putting the lives and wellbeing of people in jeopardy, leading to chaos and traffic jams for an entire day in a busy part of a big metropolis, is of no value to HCA, but the TRS state government must pay heed.

Given it is cricket, the entire country is watching for action taken against Azharuddin and the HCA officialdom. The BCCI, too, must step in and act. This time, let there be no mercy, or slack.