For Congress, hard work ahead

The CWC stated the obvious when it declared poll alliances were needed. 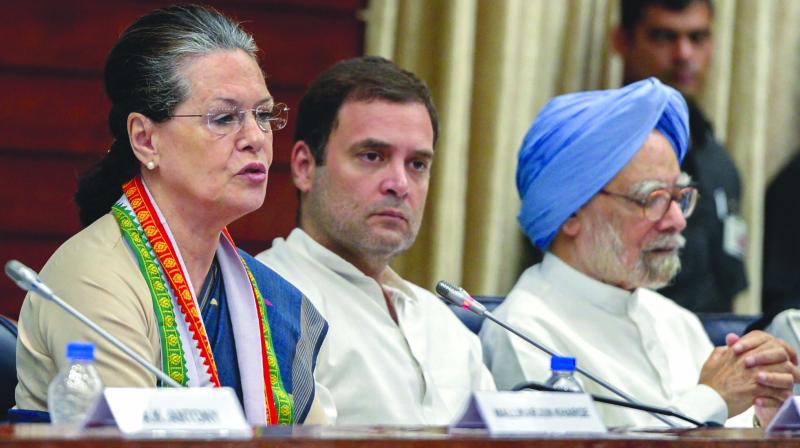 The first meeting of the Congress Working Committee under the leadership of Rahul Gandhi, who was elevated as Congress president recently, was too bubbly. This was unavoidable as it was held in the afterglow of Friday’s no-confidence motion debate in which Mr Gandhi’s sterling performance was widely noted, but the timing appeared to take away from serious brainstorming and making an assessment of alliance talks with like-minded parties so far.

The next lot of major Assembly elections, with crucial stakes for the Congress, are just about four months away, and there’s still not the first hint that any tieup is stitched and ready. The holding of Lok Sabha polls along with this set of Assembly elections can’t be wholly ruled out. That means the Congress should have a greater sense of urgency.

Everyday criticism of the ruling party doesn’t automatically win polls. Alliances, electoral adjustments and seat-share arrangements are crucial to this effort. The 2014 Lok Sabha election testifies to this.

For the Congress (and for the BJP), what happens in Rajasthan, Madhya Pradesh, Chhattisgarh and Mizoram in November-December is paramount. On this will critically depend its ability to find allies for the parliamentary election. The important question of leadership of a front of secular parties, whatever its name, will also be influenced by the outcome in these states.

The CWC stated the obvious when it declared poll alliances were needed. But too many of its leaders spoke in too rosy a vein — such as Congress being an important force in 12 states, or the Congress focusing on winning as many as 200 seats. Much work lies ahead if any of this is to become real.