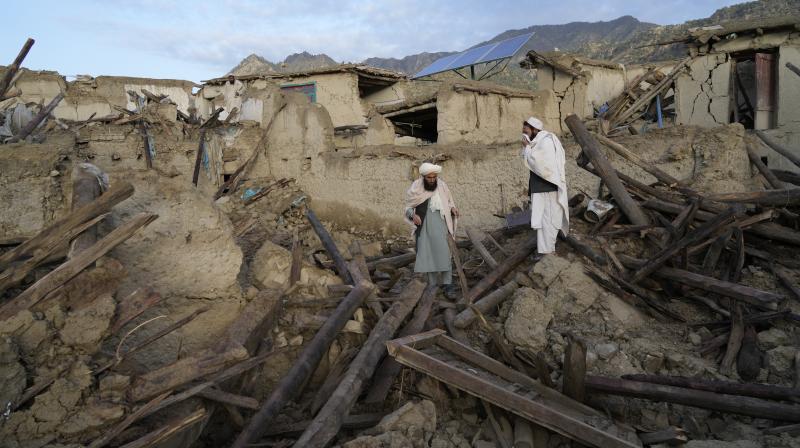 The guns of resistance to Western interference in Afghanistan may have stopped firing even as the odd bombing by IS terrorists spelt trouble for a country from which the US and Nato withdrew their soldiers barely a year ago. Afghanistan, however, continues to be disfigured by natural calamities like earthquakes as it sits in tectonically active terrain over a vast number of fault lines.

An average annual toll of 560 deaths a year from tremors does, however, pale when compared to the devastation in the early hours of Wednesday that a shallow 5.9 quake at six-mile depth wreaked in the Gayan and Barmal districts of Paktika in eastern Afghanistan close to the Pakistan border.

The Taliban may have celebrated their comeback in August 2021, after two decades, to govern the country but they have had little administrative experience. Over 75 per cent of the money in Afghan budgets used to come from western aid and that has stopped.

The humanitarian tragedy is of humongous proportions of an earthquake in a mountainous, landslide-prone region that may well have claimed thousands more lives than the 1,000 that was an early estimate of the toll as people were fast asleep in shanty mud-and-brick houses.

The world, including the West, must reach out with much more of the aid that has been set in motion despite the Taliban not even having thought of formally requesting the UN for assistance in the face of such a tragedy.

The poignancy of the catastrophe of the most severe quake in a couple of decades may have struck home as survivors were said to be using their bare hands to dig into the rubble to search for people who may have been as fortunate to survive.

The scale of natural calamities adding to manmade disasters as in wars and conflicts inflicted on the country can be gauged from the statistical magnitude of the humanitarian and economic crisis that has overtaken the Afghan people — widespread hunger among about 20 million people representing half the population while at least 30 million are living in abject poverty, according to the UN.

Add the toll from such disasters that are made worse by climate change and the picture of human misery would be complete. Not only our hearts but also the generosity of our purses should go out to the Afghans.