Pink cricket in India, at last

Spotting the ball in twilight isn't easy and the pink ball tends to do a lot more in playing tricks off the surface. 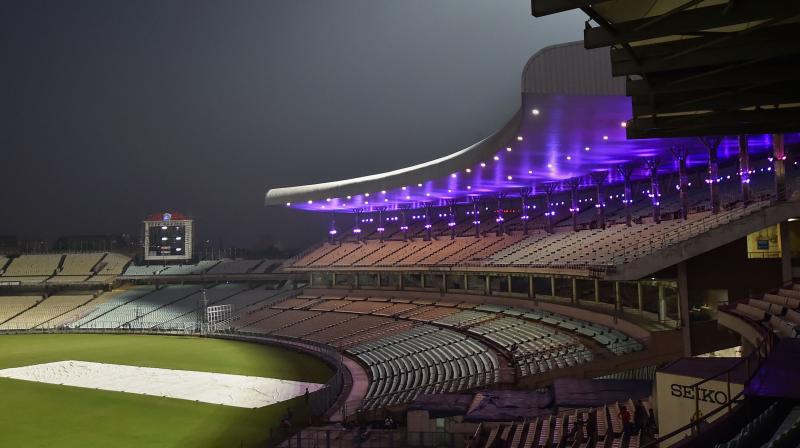 Batsmen will continue to lord it over cricket even if the balance is somewhat restored. (Photo: PTI)

The first day-night Test match played in India, which begins at Kolkata’s iconic Eden Gardens on Friday against Bangladesh, will be a trendsetter. To keep public high in the longest format is the way to go. But India, once a reluctant starter in T-20s, displayed a similar pedantic refusal to play Tests at night with pink balls, and took the new BCCI president Sourav Ganguly’s dynamism to make it possible.

Cricket by night is prime-time television and specially significant as India, with its mammoth viewership of millions, generates the most TV rights revenue. But the emptiest stands in Test cricket are also to be seen here. Why did it take five years after the first day-night men’s Test for India to agree? Tickets are sold out for the first four days, and “cricketainment” also brings women and children to enjoy the fun, food and sense of occasion.

It’s a different ballgame for the batsmen at least. Spotting the ball in twilight isn't easy and the pink ball tends to do a lot more in playing tricks off the surface. The game picked the colour as the more visible white ball goes “dead” after a few overs and can’t last 80 overs, and in twilight the red seems brown. So pink it is, and the fast bowlers are beaming because they can even “bend it like Beckham”.

Batsmen will continue to lord it over cricket even if the balance is somewhat restored. The dew factor could lend another twist by making it difficult to grip the ball, but bowlers will enjoy the edge in certain parts of a day’s play, lending more nuances to often dramatic Test cricket. People at the ground lend modern Test cricket greater charm.