It’s evident that the chief economic adviser hasn’t developed any equation, other than perfunctory, with the finance minister. 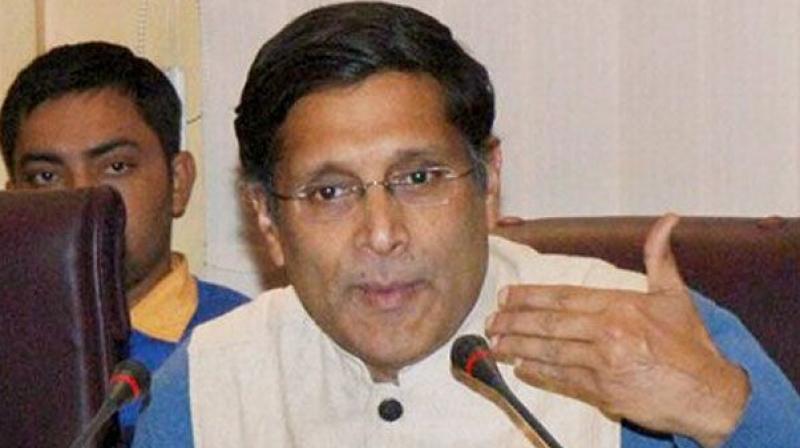 A May 14 Rashtrapati Bhavan communiqué said Piyush Goyal would hold charge of finance in the absence of “minister” Arun Jaitley. Mr Jaitley, now recovering from surgery, could resume his duties later, but for now Mr Goyal is the finance minister. And yet, chief economic adviser Arvind Subramanian metaphorically put in his papers with Mr Jaitley.

In a Facebook post Wednesday, the senior BJP leader and Union minister said the CEA had informed him via video-conference that he wanted to return to the United States for “personal” reasons that were “extremely important for him”. Mr Jaitley added: “He left me with no option but to agree with him.”

This was the first intimation anyone had that Dr Subramanian was quitting. It is more than likely that Mr Goyal too heard of his CEA’s decision to leave in the same way the rest of us did — through Mr Jaitley’s Facebook post.

The CEA described Mr Jaitley on television as the “best boss” he ever had. It’s evident that the chief economic adviser hasn’t developed any equation, other than perfunctory, with the finance minister. In the circumstances, Mr Goyal may well be relieved that the CEA is departing. But he’s within his rights to expect that he should have been informed first.

We may speculate about relations between the chief economic adviser and the finance minister, or for that matter between the present finance minister and his predecessor. But it does seems quite straightforward that the Narendra Modi government is unable to hold on to top economics professionals within the system. Raghuram Rajan, RBI governor, didn’t stay. Arvind Panagarhiya, the Niti Aayog vice-chairman who was possibly nearest to the BJP viewpoint on economic issues among the government’s top economic experts, wouldn’t stay. And now Dr Subramanian has decided to leave, privileging the arrival of a grandchild in a few months over the importance of vital matters on which he was advising the Indian government.

The meaning is quite clear. Not many want to stick around. It may also be noted that the government has had no chief statistician since January. This is a key position. Data generation and analysis is crucial to policymaking. The experts may reckon that there’s no place for them really as their specialist advice is not given much thought. In fact, Dr Subramanian didn’t even know about demonetisation until it hit us all. His most important recommendations on GST were disregarded.

Between now and the 2019 elections, the economic picture isn’t reassuring. Inflation, unemployment and the current account deficit are rising, the rupee is falling, the financial sector is disheartening along with agriculture. No specialist can believe much can be done in the limited time available to the government even if it took advice. Dr Subramanian clearly holds that discretion is the better part of valour.