Top leaders should mind their language

There has also been an evident communal tinge to the campaign, though mercifully communal riots have not taken place so far. 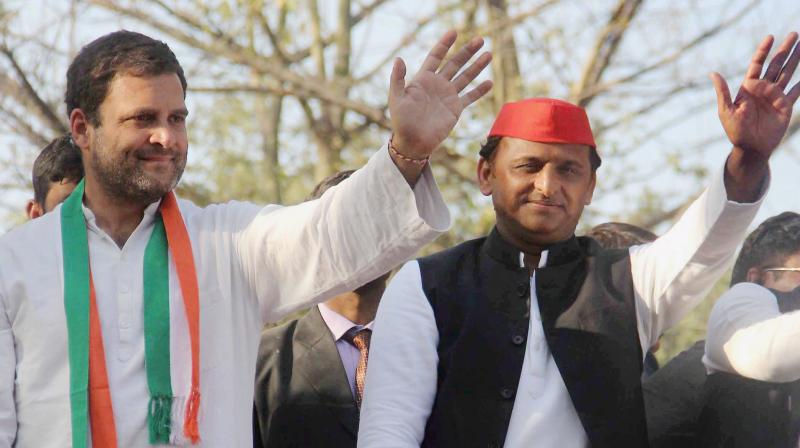 It is unfortunate that the ongoing campaign for the Uttar Pradesh Assembly elections has brought down the tone of discourse to disheartening levels. Political leaders are saying things they wouldn’t say to one another in the privacy of their meeting rooms. The net effect of this is a further coarsening of our democratic ethos. Prime Minister Narendra Modi, who is helming his party’s UP campaign along with BJP president Amit Shah, opened the breach with his caustic coinage of the acronym SCAM — short for SP, Congress, Akhilesh, Mayawati — for his opponents. Not content with this, he said BSP stood for “Behenji Sampatti Party”, meaning as a party the BSP is a receptacle for properties hoarded, presumably by corrupt means, by its leader Mayawati. In reply, Ms Mayawati, a former chief minister, played on the initials of the Prime Minister’s name, saying it stood for Negative Dalit Modi. The clear suggestion was that Mr Modi is anti-dalit.

Chief minister Akhilesh Yadav went a step further. He urged the famous actor Amitabh Bachchan not to back “the donkeys of Gujarat”. Since

Mr Bachchan has for some years been a close friend of Mr Modi and is a brand ambassador for Gujarat Tourism, which recently profiled wild asses found in the state as a tourist attraction, the barb appears intended for the PM. This is unfortunate.

There has also been an evident communal tinge to the campaign, though mercifully communal riots have not taken place so far. But the language used is suggestive of an effort to polarise the electorate on religious lines.

In the context of development, the PM said there should be electricity on Diwali too, not just Ramzan, and there should be more cremation grounds for Hindus, not just burial yards for Muslims. This is regrettable. It is meant to suggest that the BJP’s opponents ignore the interests of the Hindu majority and only speak for the sectional interests of Muslims.

A PM could easily have used the pulpit to advocate development for all citizens, irrespective of caste or religion, and challenged the UP CM on not being able to provide electricity to everyone on all days of the year, instead of making pointed references to religious festivals.

Sheer bad or provocative language may be a sign of the race tightening, or of campaigners pulling out the stops if they perceive their position to be slipping. In another era, however, the tone was not marred by attacks of a personal nature, although attempts to inject the virus of communalism is not new.

Those holding high constitutional office should know that their actions and words tend to set an example for those lower down the hierarchy and for the next generation. Let’s mind our language.