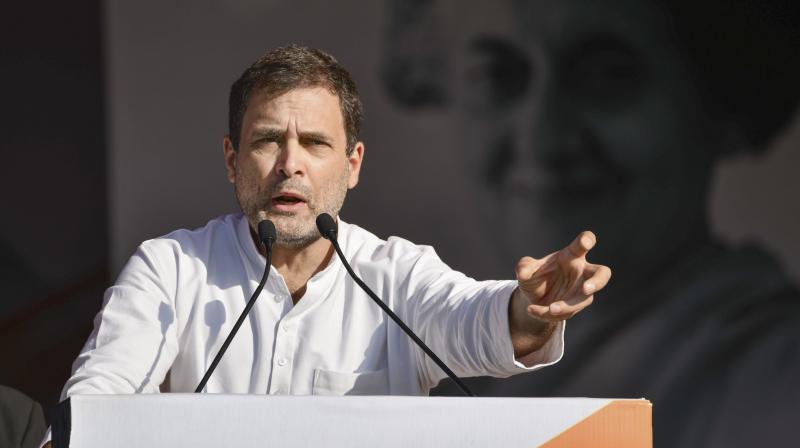 Nobody believes or claims that the new Congress president, if it is not a Gandhi in the post, will be the supremo of the party or command any de facto power. (Photo: PTI)

The primary contest for the Congress presidential polls is seemingly set, though no one can make any firm assertion on the polls till the nominations phase ends on September 30. It is, on the face of it, a very interesting North-South clash, with two good potential presidential candidates, Rajasthan chief minister and party veteran Ashok Gehlot, and parliamentarian from Kerala, the iconoclastic intellectual Shashi Tharoor, taking on each other.

Both candidates have met Congress interim chief Sonia Gandhi, to presumably take her approval to go ahead to contest and her blessings. She has reportedly pledged to be neutral in the lead-up to the elections and be supportive of whosoever the winner is.

Nobody believes or claims that the new Congress president, if it is not a Gandhi in the post, will be the supremo of the party or command any de facto power. It seems unlikely that Rahul Gandhi will actually contest, because if he shows any indication or inclination to be in the race, there would be no race and the election would most likely be unanimous.

Predictably, as per the Congress’ working methods and culture, state units are vying with each other in a clamour seeking a default suspension of the election process by requesting, and pleading with, the recalcitrant Rahul Gandhi to take over as the national president of the party.

Lost on most commentators is the tiny Hitchcockian signature of Prime Minister Narendra Modi in this intra-Congress saga. Both Rahul Gandhi and Narendra Modi take each other’s jibes and taunts seriously — just as PM Modi never wore a suit after the famous suit-boot ki sarkar dig from Rahul, Mr Gandhi and his mother also seem to have taken Mr Modi’s challenge to them to have a non-Gandhi president of the Congress elected seriously, keen as they are to start shedding the image of a dynasty party.

In a season of unrestrained migration of leaders from the Congress towards the BJP, the Gandhi family is also aware of the ambitious Rajasthan deputy CM Sachin Pilot, who has been waiting long enough to lead the government of one of the only two states the Congress rules in India on its own. A victory facilitated by Mrs Sonia Gandhi for Mr Gehlot would ease the Rajasthan impasse nicely; a factor that would play against Dr Tharoor.

But that would not be the only factor that seems to tilt the balance in favour of Mr Gehlot. He is from the important northern part of India, a seasoned practitioner of realpolitik, and can without offering a hint of independent thinking or being the owner of a clandestinely rebellious corner in his heart, help the party in the 200-odd seats that will witness a direct Congress-BJP fight for the next Lok Sabha.

Dr Tharoor brings in his great charm and ability to energise many sections of the electorate, but none see him as being a serious bet to lead, even if symbolically, the charge against the Modi juggernaut.

At any rate, whoever wins the election, the country will hope the person and post would not have to see a redux of the Sitaram Kesri chapter.