A no-trust move is resorted to when a government’s opponents feel that the running of the country is in poor shape. 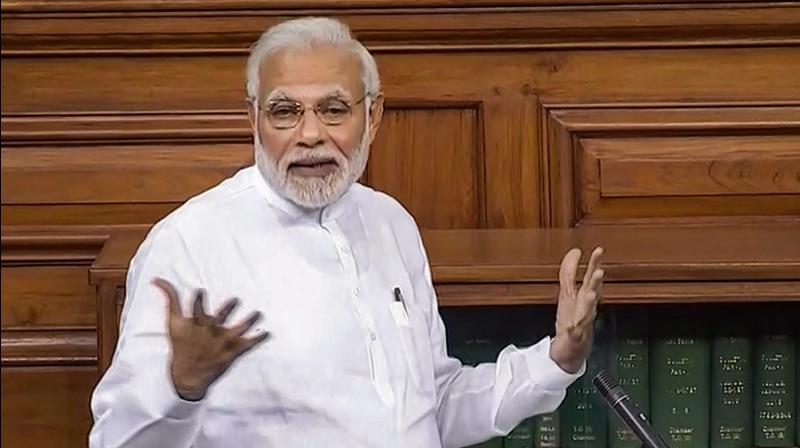 Prime Minister Narendra Modi speaks in the Lok Sabha on 'no-confidence motion' during the Monsoon Session of Parliament. (Photo: AP)

The no-confidence motion debate, which raged for 12 hours on Friday, and revealed some meaningful facts, was sought to be trivialised by some, including those from the treasury benches. The question they asked was: Why bring a no-confidence motion against the government when the result of the vote on the motion cannot be in serious doubt?

Home minister Rajnath Singh commenced his intervention by quoting an ancient Sanskrit saying, according to which those in sanshay or doubt will come to grief. What was the need to doubt the government? That was his meaning. This is surprising, coming from a senior Cabinet minister in the world’s largest democracy.

Such motions are not necessarily brought to pull down a government, which is not the usual outcome. A no-trust move is resorted to when a government’s opponents feel that the running of the country is in poor shape.

The first no-confidence motion was brought in 1963 against Nehru’s government after the debacle of the border skirmish with China in late 1962. There was no chance of the government falling on the floor of Parliament, yet the government’s opponents had every reason to be deeply dissatisfied. As for the Narendra Modi government, the catalogue of serious grievances affecting practically every section of society appears quite long.

The most striking revelation the debate threw up was that the NDA has failed to maintain its allies on account of its governance style and political management, while the government side was unable to poach on the UPA parties and others who had come together on the no-trust vote.

The TDP had left the NDA last March on the issue of a special finance package for Andhra Pradesh after the bifurcation of the state, a subject which Jayadev Galla, a first term TDP MP who opened the debate as the TDP had moved the motion, elaborated with elan and researched detail.

The discussion showed that the Shiv Sena, another disgruntled partner of the BJP, absented itself from the Lok Sabha for the day when it should have been voting with the government as it is represented in the Union Council of Ministers. The fracture in the ruling ranks was conspicuous.

The Telangana Rashtra Samiti, which has generally given the impression of being supportive of the Modi government although it is not a part of the NDA, criticised the government in the course of the debate, and then its MPs left. Odisha’s BJD, which except of late has not been unhelpful to the Modi government, came to the Lok Sabha but walked out before the debate commenced, in the process offering the government some succour.

Congress leader Rahul Gandhi said he shared the TDP’s “pain” although it was a Congress government that had bifurcated Andhra Pradesh. Mr Gandhi was quite striking in his criticism of the government. Prime Minister Narendra Modi sharply denounced the Congress and no other party, but couldn’t quite get into his political stride, and resorted to a long-winded recital of official data.