Lokpal is welcome, even if long delayed

Anna Hazare, who revived the campaign for a Lokpal, can rest content that his campaign has, although belatedly, borne fruit. 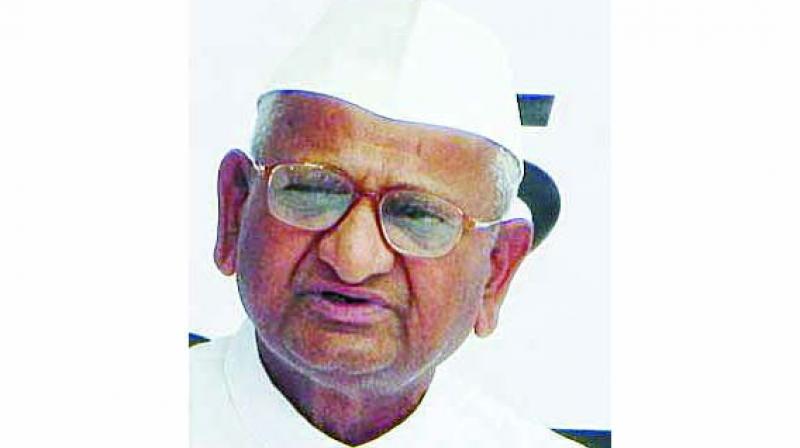 India will have a Lokpal soon enough with a full-fledged judicial and administrative team. The Lokpal is set to become reality exactly 50 years after the Lok Sabha passed the first Jan Lok Pal Bill in 1969, which failed to clear the Rajya Sabha. Mooted in the early 1960s, the ombudsman may have seemed an idea borrowed from the West, but one sorely needed in our country where progressively politicians have come to dominate the top of the pyramid of corruption flowing through a neta-babu-businessman-contractor plus criminal nexus at the base. The Lokpal Bill gained Parliament's assent in 2013, yet the appointment process dragged on for over five years. The only conclusion to draw is that legislators and the executive didnˆt want an ombudsman breathing down their necks.

The delay may have been because there was no Leader of the Opposition, as strictly defined, since the Congress was badly defeated in 2014 and its numbers didn't amount to at least 10 per cent of the Lok Sabha's strength. The subterfuge of accommodating its representative as an invitee to the Lokpal selection process didn’t cut ice with the Congress as it would not have a vote in the proceedings. Such a stand was not the norm in the early years of the republic, when there was no Opposition party of substance and yet there were instances of an MP being named as Leader of the Opposition. The nearness of the polls is a signal why the Lokpal appointment is taking place now.

Beyond the specifics of the lofty retired judge chosen for this onerous task of probing charges of corruption against legislators and ministers, going right up to the Prime Minister — on certain grounds only and with a few subjects being beyond its purview when it comes to the PM — one hopes the Lokpal will indeed inhibit the canker of corruption. There are sound enough reasons for the Prime Minister and chief ministers to not come under the Lokpal and Lokayukta, who are not elected by the people. Even so, the idea of such a powerful authority is based on sound principles.

There are two questions to be addressed though. The first is whether the Lokpal is being set up now in a ritualistic manner and the second, more serious one, is does a Lokpal signify the failure of many bodies like the CBI, CVC and others tasked with tackling graft at the highest levels. In any case, the delays in our justice system are well used by those in power as to enjoy the benefits and perquisites of corruption, so much so some even die before a final verdict is delivered. This is all the more reason why an efficient Lokpal mechanism has to be in place. Anna Hazare, who revived the campaign for a Lokpal, can rest content that his campaign has, although belatedly, borne fruit.