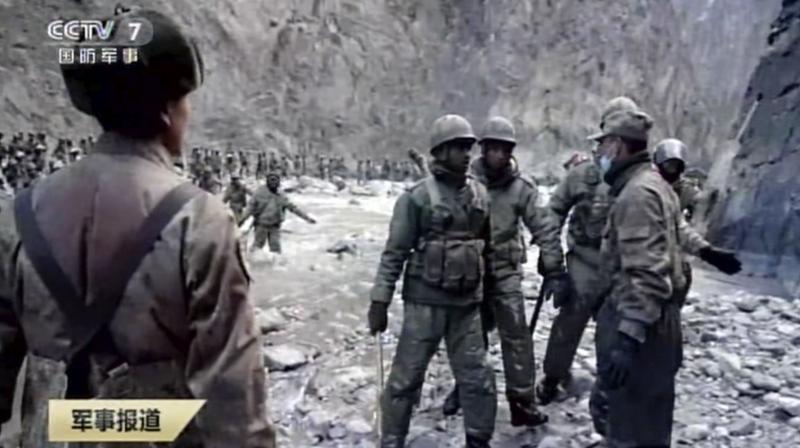 The Chinese military too would not patrol up to Finger 3, which is China’s claim line of 1960, which India never accepted. (Photo: AP)

After the withdrawal of Chinese and Indian forces with their military pieces and equipment from the North and the South banks of Pangong Lake in Ladakh — to the “mutual” satisfaction” of both countries — the two sides engaged in their tenth round of talks last Saturday. The discussion went on till late and not much has been given out officially, but some surmises can be drawn on the basis of bits and pieces of information available through Indian official channels on an informal basis.

On the whole, however, it is still early to gauge whether status quo ante will be restored by the Chinese side, meaning whether the Chinese forces will revert to their pre-April 2020 locations that triggered the hostile eyeball-to-eyeball confrontation and whether Indian troops can patrol up to the country’s claim line in Ladakh.

The reason is that the Chinese forces, although having pulled out some men and armour and artillery in negotiated areas, evidently continue to enjoy tactical advantage. In the north bank of Pangong Tso, they have indeed returned to their original position to the east of Finger 8, the point through which the Line of Actual Control (LAC) passes as per India’s perception.

However, the Chinese side imposed the condition that Indian forces will not patrol up to the Indian claim line at Finger 8. Basically, the stretch between Finger 3 and Finger 8 — which is about eight km of Indian territory — will, effectively, become no man’s land. This does seem to be the case of China moving two steps forward and one step back.

The Chinese military too would not patrol up to Finger 3, which is China’s claim line of 1960, which India never accepted. In fact, in the 1962 conflict, China tried to impose this claim line but the Nehru government refused to accept it. This became one of the causes for the Chinese attacks in NEFA (now Arunachal Pradesh) and in Ladakh. In the perception of the Nehru government, the India-China boundary in Ladakh lay through Aksai China, which lies to the east of Finger 8 by around 100 kilometres. Even after India’s defeat, Prime Minister Nehru did not give up this claim.

In dealing with the South Bank of Pangong Tso, India appears to have surrendered an important bargaining chip. It has vacated Rechin La and Rezang La, the heights in the Kailash Range, which Indian troops spectacularly captured on the night of August 29/30 last year, stupefying the Chinese government. Capturing these heights and the placing of tanks at such altitudes made the Chinese troops vulnerable to Indian targeting. It is only after this important success that Beijing agreed to negotiate troop withdrawal in any meaningful way in the Northern Bank.

The main issue remaining to be discussed for disengagement is the Chinese withdrawal from the Depsang Plains where Chinese soldiers intruded 18 km to block Indian troops from patrolling beyond the “Y” junction. If PLA troops do not vacate this aggression, our troops will be cut off from our own airbase at Daultat Beg Oldie and access to the Karakoram Pass, endangering our position in Siachen. With the advantage on Kailash Range lost, it is to be seen if China quits the Depasang area, vital for India’s defence. Discussions on disengagement at Gogra/Hot Springs and surrounding areas are somewhat ancillary as most Chinese soldiers had already pulled out from these.