Manushi also won the title of "Beauty with Purpose". 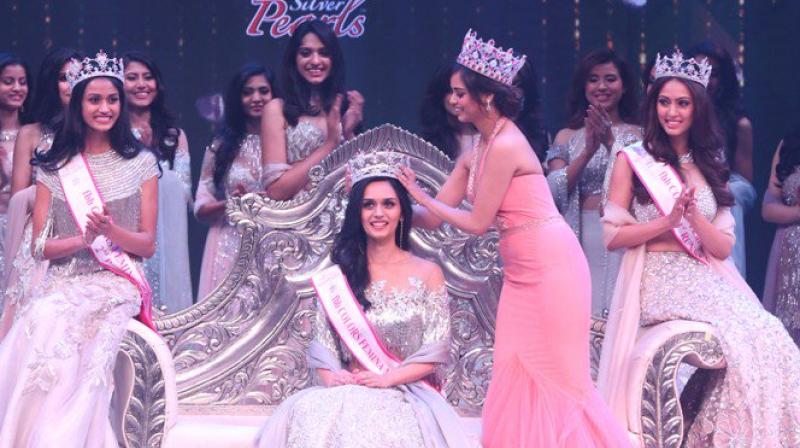 While India argues about the real or reel beauty of Chittor's Rani Padmini comes the news that a Haryana beauty won the Miss World title in China. Manushi Chhillar, who made India proud, doubles the happiness as she's a medical student who hopes to become a cardiac surgeon and help rural people. While it won't be wrong to say her patients might find her beauty heart-stopping, her quick-witted ways established that beauty queens are judged now as much on their skin-deep lustre as by their intellectual prowess and personality. Such criteria may counter the criticism that beauty pageants also contribute to objectifying women, which can be a worry while the nation is beset by the horrors of how the female population is treated as less than equals.

It's as well that the pageant, where India equalled the Venezuelan record of winning six titles, thus extending the primacy of the concept of Indian beauty, was held outside India. It's easy to imagine that in the atmosphere which now prevails here there would be fringe groups ready to pick up the cudgels on one pretext or another to bully and badger the organisers of international beauty competitions. Amitabh Bachchan, whose company ran a pageant in Bengaluru some decades ago, was scarred emotionally and financially by this experience. One hopes Manushi's triumph may now help achieve gender equilibrium at a time the nation badly needs it because it is fast gaining notoriety for women's sexual harassment. Manushi also won the title of "Beauty with Purpose". That could well become the motto for Indian women.