For the first time, China laid claim to the entire Galwan Valley as sovereign territory 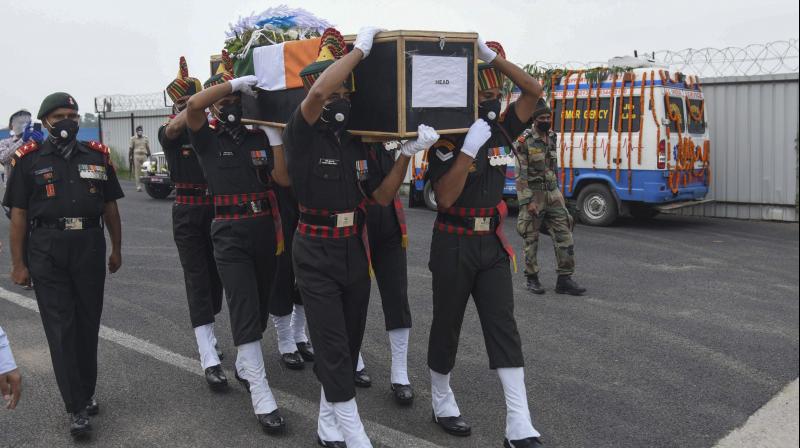 India has once again demanded that the two sides go back to the status quo as of mid-April – but it won’t be an easy task to compel the Chinese to leave the vantage points they have seized both in Galwan and the Finger area around the Pangong Tso lake. PTI Photo

The outrage by the People’s Liberation Army in Ladakh’s Galwan Valley earlier this week, with at least 20 Indian soldiers killed and perhaps many officers and men taken hostage, should be a wake-up call to this country on China’s real intentions.

No matter what its foreign ministry spokespersons may say about Beijing’s so-called peaceful intentions, the reality was the wilful way its soldiers made mincemeat of a series of agreements between the two countries over decades to shun the use of force to resolve differences at the Line of Actual Control. For the first time, China also laid claim to the entire Galwan Valley as sovereign territory, while hitherto it was always regarded as disputed territory, a matter to be resolved peacefully in negotiations.

India has once again demanded that the two sides go back to the status quo as of mid-April – but it won’t be an easy task to compel the Chinese to leave the vantage points they have seized both in Galwan and the Finger area around the Pangong Tso lake.

While it may be a mistake to completely rule out the military option, the Indian Army will find it somewhat challenging to push the PLA out of the areas it has occupied by force.

China is no Pakistan and must be handled differently. A series of negotiations between major generals took place on the ground even after Monday’s clash, but high-level intervention is vital both at the diplomatic and political levels.

More important, we in this country need to rethink the way we look at and respond to China. For too long, we have mollycoddled them, trying to “understand” their sensitivities. Have the Chinese ever tried to understand India’s sensitivities, and modified their behaviour accordingly?

Just after the People’s Republic was born in October 1949, and for decades, Jawaharlal Nehru’s India stayed silent on the invasion and occupation of Tibet, even as it welcomed and gave shelter to the fleeing Dalai Lama.

It was India that was one of the first to campaign for China’s UN seat (then held by the Nationalists in Taipei) to be given to the PRC. And we all know how China paid us back in 1962.

Let’s review our “One China” policy. The Republic of China, or Taiwan, is, like India and unlike the PRC, a democracy, and we have a thriving economic and cultural relationship, along with direct flights. What’s the harm if our diplomats and politicians engage it on a more formal basis? For starters, we can support Taiwan’s application for membership of international bodies like WHO and ICAO. Also, the Tibetan people who were driven into exile in India, and their succeeding generations, have become an intrinsic part of our national life, and the Dalai Lama is a revered figure across this country.

Why not give him the Bharat Ratna, for which there have been persistent demands? Every time a Chinese minister or delegation visits New Delhi, the police routinely rounds up Tibetans protesting peacefully outside the Chinese embassy. Why are we so desperate to avoid annoying the Chinese?

The India-China economic relationship is an unequal one, where we have a $53.7 billion trade deficit. Despite the widespread calls, any economic disengagement may not be a viable option immediately.