As Kashmir simmers, the time to act is now

The recent events in the Valley suggest that the state government has ceased to exist in all but name. 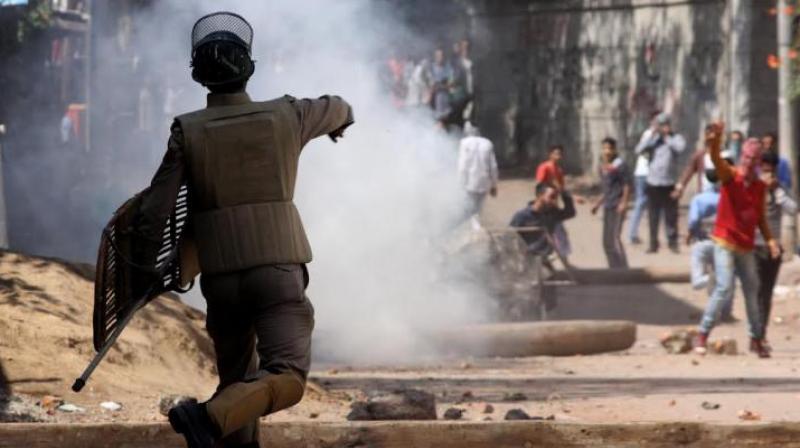 The recent events in the Valley suggest that the state government has ceased to exist in all but name.

Monday was decidedly a bad day in the Kashmir Valley, with dangerous portents — leading some observers to worry whether it was “back to square one”, a reminder of the militancy that had gripped Kashmir in 1989-91. What has set the mood for this pessimism is the attack by armed militants on workers of mainstream parties. A quarter-century ago, the party that was being pursued and hunted down was the National Conference, but this time around no one is being spared.

Dr Mehbbob Beg, a former minister and chief spokesman of the ruling PDP, restrained himself when speaking to this newspaper and merely called the trend “unfortunate”. Amnesty International, on the other hand, has been forthright, calling it “human rights abuse” since this freshly emerged tendency signified an attack on civilians by armed militants.

College students in all 10 districts of the Valley clashed with the security forces, with the confrontation in Srinagar and Pulwama showing signs of unusual intensity. At Lal Chowk in the heart of Srinagar, well-organised contingents of stone-pelters attacked the security forces. Overall, the disturbances for the past week are suggestive of the fact that the all-out attack on the security forces — by stone-pelting mobs as well as armed elements — is part of a well-orchestrated design.

Besides the confrontation on the streets is the not-so-hidden social media war by those hostile to India. There also appears to be a proliferation of the very efficient use of fake videos that suggest Indian “oppression” in Kashmir. This calls for an urgent inquiry, including into the video showing how local Army commanders sanctioned the tying of a young man to the front of a jeep as a deterrent against a violent stone-pelting mob. This is not the classic “human shield” phenomenon that usually refers to the use of human beings as shields against shooting and bomb-throwing, and is usually a strategm found in the armoury of insurgents and terrorists. In the Kashmir case, the man who was tied to the jeep to thwart stone-pelters’ designs was at no point at risk of losing his life, and was promptly released once the Army unit had physically distanced itself from the dangerous mob. It can be plausibly argued that this was a far less dangerous alternative to the Army opening fire on civilian mobs.

What recent events in the Valley suggest is that the state government has ceased to exist in all but name. The Centre too, whether as part of its design or out of helplessness, has failed to take any political initiative to arrest the sharp descent into chaos. The time to act is now. Any delay is apt to make the situation messier, possibly bloodier. Nothing would please Pakistan more.