No one killed Andhra’s Kodela

The government was trying to bring him to book. If he felt humiliated or harassed, there was judicial recourse available to him. 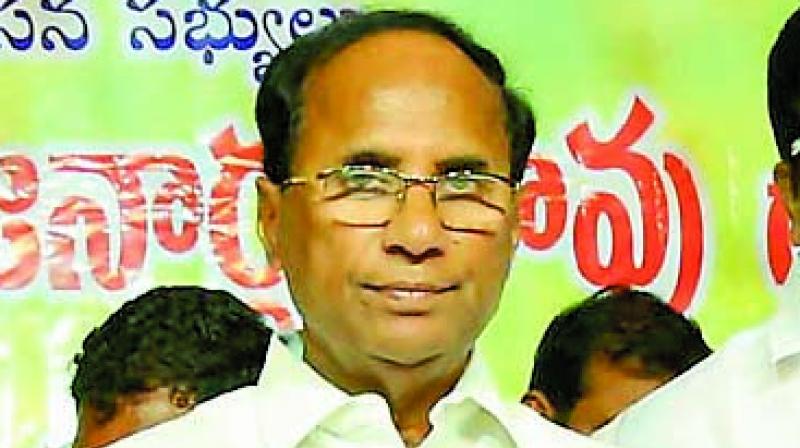 The death of former speaker of Andhra Pradesh, Dr Kodela Sivaprasada Rao, in suspicious circumstances, reportedly a suicide by hanging, on Monday has sparked off a frenzied political debate, with both parties — the Telugu Desam and YSR Congress — making accusations of foul play, raising doubts over the death, blaming each other and seeking an investigation. Not long ago, the two parties had a similar face-off when former YSRC leader and MP, Mr Y. Vivekananda Reddy, who was also chief minister Y.S. Jagan Mohan Reddy’s paternal uncle, was found dead in suspicious circumstances, soon confirmed as murder.

The statement of former chief minister N. Chandrababu Naidu that Rao’s suicide was caused by the harassment of the government, which tried to frame and implicate him and his family in several cases and caused him such intense humiliation that it drove him to kill himself, is deeply problematic and unacceptable.

One, the man himself. Rao was no innocent-of-all-wrongs personality; he brought the factionist bomb culture to Palnadu which was so much of an innovation that his public signature became “Bombulu Sivaprasada”. Rao was also known to have imposed a K-tax, where his kin and henchmen had systemically imposed and collected an illegal percentage from people in Narsaraopet and surrounding areas for every commercial activity. There was a strong basis for both corruption and serious criminal charges against him. The government was trying to bring him to book. If he felt humiliated or harassed, there was judicial recourse available to him.

Mr Naidu is trying to take political mileage just as he did when Paritala Ravindra, another factionist, much more dreaded, was killed a few months after the Rajasekhara Reddy’s coming to power. But the two cannot be compared.

Rao killed himself. His suicide was sad, but not a murder.