Rajini says no to polls

The two stars’ “yes” and “no” to poll politics has added some intrigue already to the script. 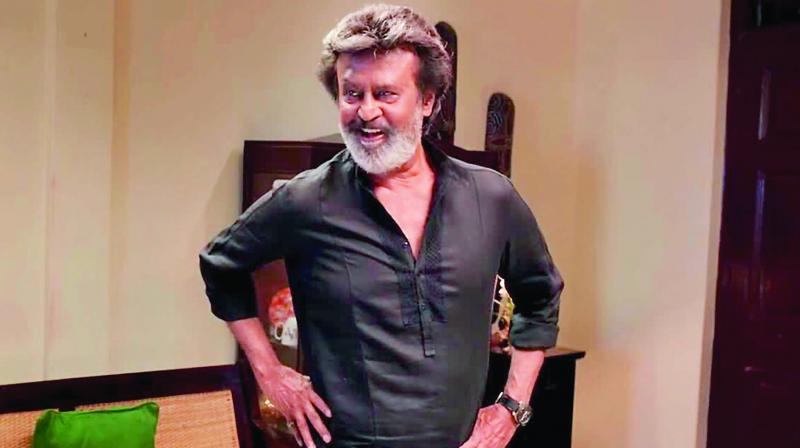 Actor Rajinikanth has declared he won’t contest the Lok Sabha elections, and while this may have disappointed his millions of followers, the actor may be playing a clever waiting game to see which way the wind blows. His decision is possibly the biggest blow to the BJP-NDA’s plans in the South as the saffron party was wooing Rajinikanth ever since he announced he would enter politics with a big-bang announcement on December 31, 2017.

The plan was for a grand alliance of the AIADMK, BJP and Rajini’s yet-to-be-named party for the general election. It was founded on the superstar’s spiritual inclinations, that seemed in sync with the saffron party’s “Hindi, Hindu, Hindutva” peg to attract votes. Rajini’s cagey waiting game after his reading of the Hindi heartland results and his decision not to support anyone in the Lok Sabha battle might pay him dividends whenever Tamil Nadu goes to the polls for all 235 Assembly seats. But Rajini’s mysterious advice to support any party that may help solve Tamil Nadu’s water problems might leave his fans out on a limb when deciding which button to press this summer.

Kamal Haasan, the other major star taking the matinee idol to politics route in trademark Tamil Nadu style, has been busy for months in grassroots political work — meeting people at gram sabhas and elsewhere. While his atheistic philosophy may have made him the ideal candidate for the DMK-plus front, the actor has decided to steer his Makkal Needhi Maiyam on an independent path on the premise that both Dravidian parties are steeped in corruption. The two stars’ “yes” and “no” to poll politics has added some intrigue already to the script.