One of Bhushan’s tweets suggested that access to justice was denied during lockdown, and he seemingly attributed the reason to the CJI 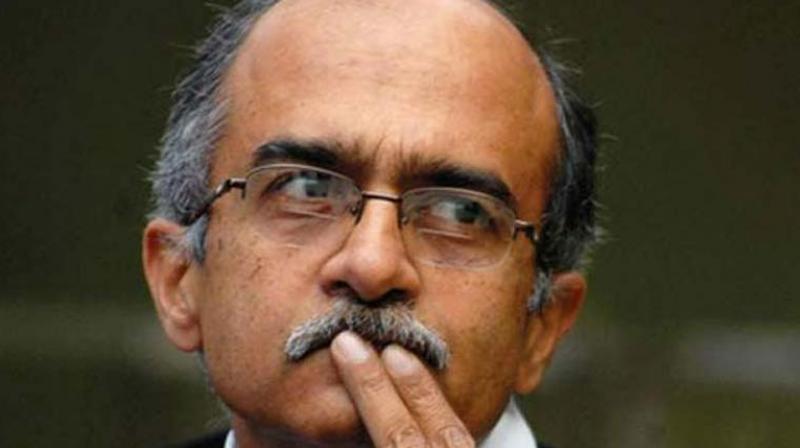 The Supreme Court of India is perfectly justified when it says the judiciary is considered “the last hope when a citizen fails to get justice anywhere” but its decision to punish one who doubted its ability to deliver justice is problematic.

The court’s observation on its own role in the democratic scheme of things came on Friday along with its finding that lawyer and activist Prashant Bhushan is guilty of criminal contempt of the court for his two tweets that were critical of it.

One of Bhushan’s tweets suggested that access to justice was denied during lockdown, and he seemingly attributed the reason to the Chief Justice of India (CJI).

In another tweet, he held the Supreme Court, and the last four CJIs in particular, responsible for “the weakening of democracy” in India in the last six years.

Those who wonder why a lawyer should hold the judiciary responsible for the denial of access to justice and weakening of democracy may find their answers in the 108-page judgment itself.

“The Indian judiciary is not only one of pillars on which the Indian democracy stands but is the central pillar,” insists the judgment. Is it not then fair that a citizen, who feels the structure of democracy is weakened, holds the institution which arrogates to itself the role of the central pillar, responsible? Isn’t he entitled to hold the view that the CJIs, as masters of the roster, have a role in it? The court does not share the view, obviously.

One must stand with the court when it says “the Supreme Court is a protector of the fundamental rights of the citizens, as also is endowed with a duty to keep the other pillars of democracy i.e. the executive and the legislature, within the constitutional bounds”.

But has it come to the aid of the people and protected their fundamental rights when it was warranted the most is the moot question. Some of the recent events are not particularly encouraging.

We have the SC putting off for months together the hearing on the habeas corpus petitions, a constitutional guarantee against the State’s unauthorised usurpation of people’s liberties, moved by the people of Jammu and Kashmir. It initially refused to act when its intervention was sought to bring relief to the millions of guest workers who were forced to trek home following a government missive.

It is yet to hear petitions against the Citizenship Amendment Act, 2019, which many fear undermined the very idea of India. The highest court shocked many when it put pre-conditions to hear the students of a university who sought protection from governmental action.

It will be a far-fetched claim if someone says such acts added to the dignity of the court and strengthened the people’s belief in the system; the contrary could very well be the truth.

Believers in democracy could air their desperation publicly; little purpose will be served by shooting the messengers who would scream, the boot is on the other foot, my lords.