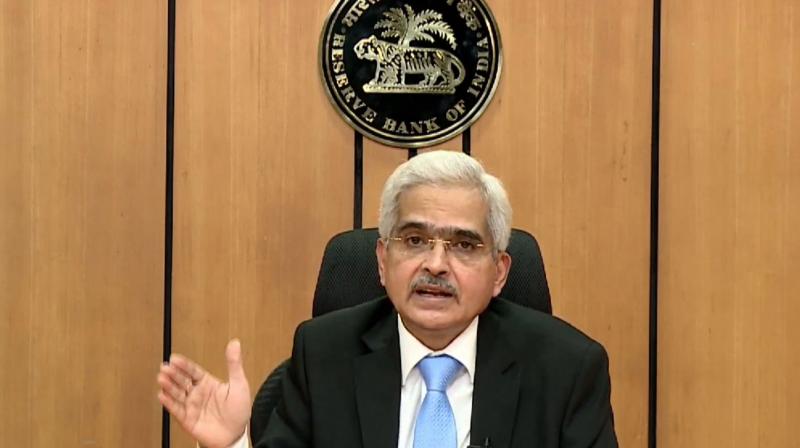 The Reserve Bank of India has announced a set of measures to provide liquidity support to crucial sectors like real estate, small businesses and agriculture by infusing an additional Rs 1 lakh crore. It has also prodded banks to increase their lending operations. This is the second tranche of liquidity measures announced by the central bank since the national lockdown began on March 23. With this, the RBI has infused over Rs 5.36 lakh crores in the economy.

The new measures announced by RBI governor Shaktikanta Das on Friday in an unscheduled intervention were necessitated to support small non-banking finance companies (NBFCs), microfinance institutions (MFIs) and small businesses as previous liquidity boosting steps have helped only public sector companies and large corporates. The central bank has, therefore, mandated that half of Rs 50,000 crores — made available to banks as part of Friday’s stimulus package — ought to be lent to small and mid-sized NBFCs and MFIs.

Another half of the current Rs 1 lakh-crore package would go to sector-focused lenders like National Bank for Agriculture and Rural Development (Nabard), Small Industrial Development Bank of India (Sidbi) and National Housing Bank (NHB). Nabard would get Rs 25,000 crores for refinancing regional rural banks and MFIs to boost lending for farming and other general purposes in rural areas. Sidbi would get Rs 15,000 crores for lending money to small businesses or refinancing their debt. The money — Rs 10,000 crores — made available to NHB would help it in supporting smaller housing finance companies, which are facing cash shortage because of loan moratorium. The decision to increase the money available to states through ways and means would help their governments in sailing through a difficult financial crisis.

The central bank’s decision to reduce reverse repo rate by 25 basis points — from four per cent to 3.75 per cent — is aimed at discouraging banks from parking their money in the safe vaults of the RBI, instead of increasing lending to people. The very fact that the banks have deposits worth Rs 6.9 lakh crores with the RBI shows that lenders have become risk-averse. With lockdown-hit companies reducing salaries and sacking employees, there is great uncertainty concerning a person’s future repayment capacity, which is crucial for taking any lending decision. Unless the bank is confident about the borrower’s financial health, no amount of liquidity infusion would prod financial institutions to lend to borrowers and all decisions taken by RBI would remain a mere lip-service.

The only workable solution for the current financial crisis is a sovereign guarantee to all loans. Since the income of most companies, especially MSMEs, has dried up, the government should guarantee all working capital loans — taken for paying salaries and running basic operations — granted by the banks. This would encourage the lenders to grant loans without any fear and ensure unhindered economic activity in the country. In the absence of such comprehensive measures and direct action, all decisions taken by the government and RBI would remain ineffective on the ground and show how far removed top officials are from ground realities.